" A band of naughty pirates, took some jewels from me. I hid onboard their pirate ship and sailed off out to sea. But they weren't watching where they went and shipwrecked on the sand. I want to win my treasure back, Will you give me a hand? "

These are the opening lines of a song that I hear sung aloud every week in my house as we settle down to watch one of our favourite Cbeebies shows. Swashbuckle is like a modern day pirate version of our 80's Fun House which I absolutely loved as a child. It's a fast moving, fun show where 4 child contestants play a series of mini games to try and help Gem win back her jewels which were stolen by the naughty pirates; Cook, Line and Sinker.

As huge fans of the show we're very excited about this next Swashbuckle step. They've only gone and made a new Swashbuckle Magazine and it's out today! Hip Hip Hooray! 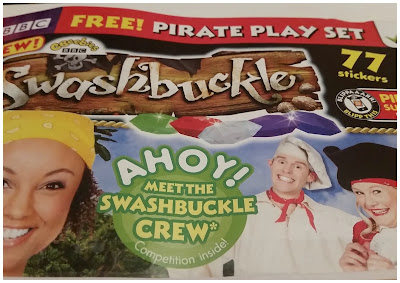 With a whopping 35 pages of fun, puzzles, games and stickers, there's so much to see and do. It's the perfect childrens  magazine for all the little pirate mateys and Swashbuckle fans out there, including mine. My little man Ryan loves watching Swashbuckle, it's one of his favourite shows that he loves to get up and sing along to. He loves the games and the silliness and of course seeing who has to 'Walk the Plank' into the slime at the end. 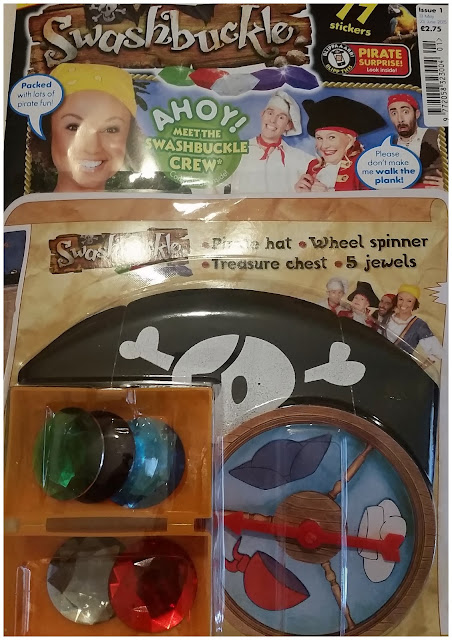 In the very exciting first edition of the new Swashbuckle magazine, you're introduced to the Crew and get to meet the Pirates. There's a whopping 77 stickers which always means fun, I mean what child doesn't love stickers? Mine love them and stick them everywhere. There's lots of free gifts also included; a Pirate Hat, Wheel Spinner, Treasure Chest and 5 Jewels.

Ryan was overjoyed with his free gifts, just look at how happy my little pirate is. 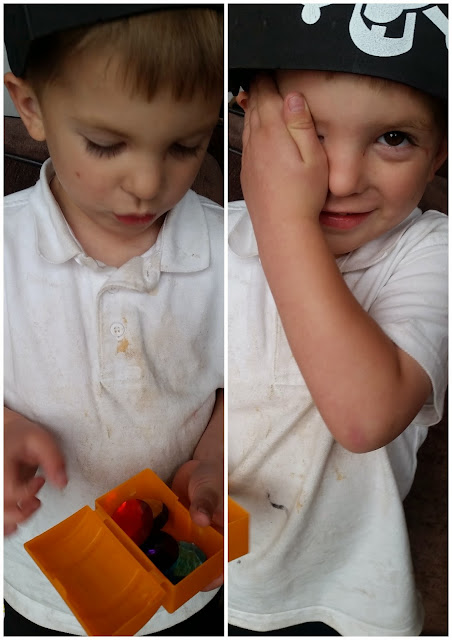 We've been so lucky to get an exclusive early look at the new Swashbuckle magazine. Ryan has loved doing all the activities and colouring in. He's become a little addicted to spinning his Wheel Spinner to decide who gets which Jewel from his little Pirate Chest.

So from one family of Swashbuckle fans to another (hopefully you if you're reading this) we're saying 'Go get it'. If your little ones love Swashbuckle then they will love the Magazine. For £2.75 - It really is worth every penny, both Ryan and I agree.

Issue 1 of the Swashbuckle Magazine is out today!

Disclosure: We received a sample in return for an honest review.
Posted by Christine Taylor at 00:25