Do your children play with toy guns?

Do your children play with toy guns?

Yesterday my son was put on the 'sad face' side of the board which made me question his teacher why? When she explained to me that my son (who's only 4 and in Reception) was told off because he had made a gun 'shape' with his hand whilst playing with his friends I was rather shocked and didn't know what to say. Is it wrong that he's shouting pow pow in an imaginary game whilst running around with the other boys who are all doing the same?

It's been bugging me all night, I found myself trying to answer the question "Is it wrong to let your children play with toy guns?" My first answer is NO, I don't.

When I was little I had a potato gun that shot pieces of potato at my brother and sister. I had musical guns that lit up and played music. I even had bubble guns that blew beautiful bubbles when I fired it and I turned out ok, didn't I? I'm not a manic or even a bad person. I was just a child playing with a toy, using my imagination and having fun! 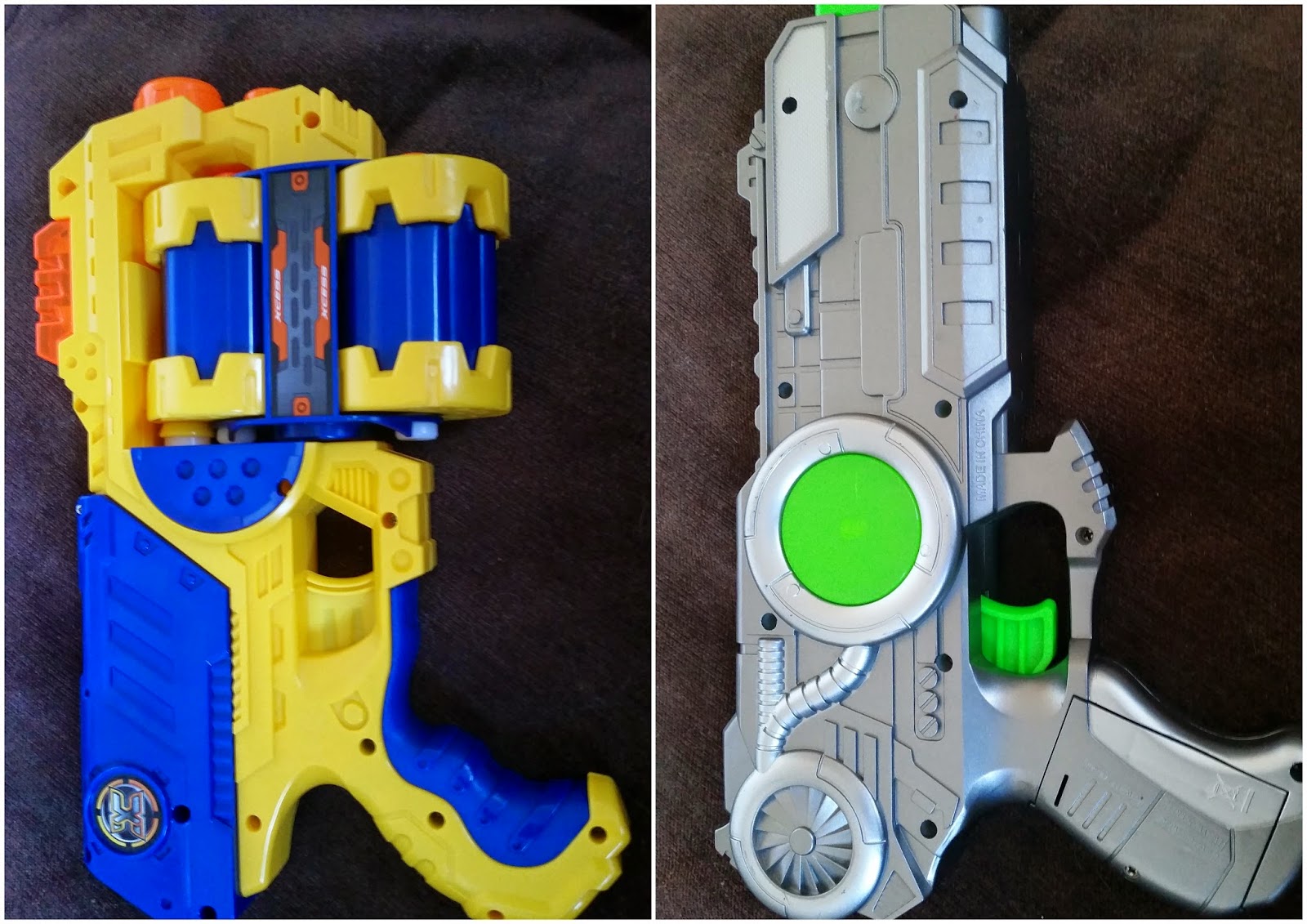 My son has got lots of toy guns but none of them represent a real gun. All my children have Nerf guns that blast foam pieces, lots of families I know have them too. They were one of the most popular toys given last Christmas, they're still guns so are they wrong? My son has star wars style guns that make sci fi sounds and light up, again it's just a fun toy.

I get so angry when people say that playing with toy guns are wrong but then they let their kids play over 18 certified video games that show explicit scenes of violence which I find much more. None of my kids play video games that aren't suitable for their ages. The age restrictions are there for a reason which I totally agree with and stick to 100%.

Back to my question though, do your children play with toy guns? As long as the toy isn't a replica of a real gun then I don't see why not. Kids are just kids and it's just a game. They're not being harmful or malicious, they're simply just playing a game and having fun.

I know there's a lot of bad stuff going on in the world that involves real guns but surely that's more to do with the bad people in the world rather than the toys that they used to play with?

I'm struggling to find it okay for a teacher to tell my son he's naughty for playing with an invisible gun that he made his hand into. He's just a 4 year old boy so if you are going to tell him that what he's done is naughty then I hope you've also explained why you're saying that. If you think his imaginary gun is offensive or hurtful then you tell him that as I honestly don't have a problem with him making his hand into a gun and shouting pow pow. He's just a boy playing a game. He's not trying to hurt anyone, he's not trying to upset anyone, he's just playing a game. Sometimes I feel really sad what the world has come to.

Do your children play with toy guns?
Posted by Christine Taylor at 02:20