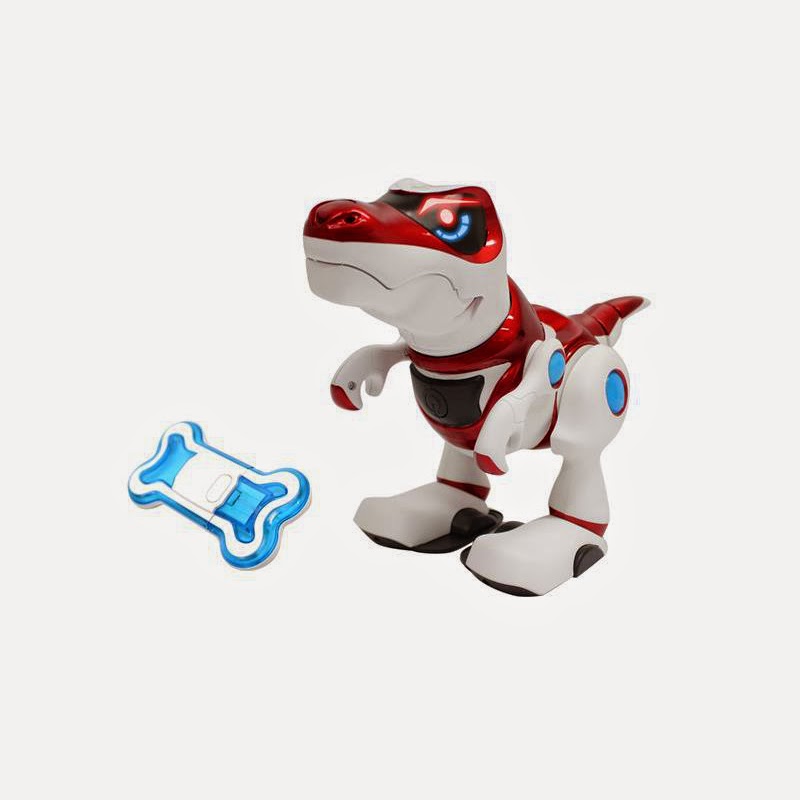 Meet Teksta T-Rex the bone crushing dino. Just like his other Teksta friends, T-Rex responds to your voice, lights and sounds with expressive eye patterns to share his feelings. Using cutting edge hand gesture technology command Teksta T-Rex to Walk, Move his hands, Tail and Stop. Stroke his face to hear him Roar and see him Snap just like a real T-Rex Dinosaur. When he’s hungry feed him with his dino bone to see his ultimate trick, watch him crunch, munch and launch it away, followed by an almighty burp. With over 100 physical and app-sized interactive play features. Includes bone accessory. He's recommended for ages 5 and over. Requires 4 x AA batteries (not included). 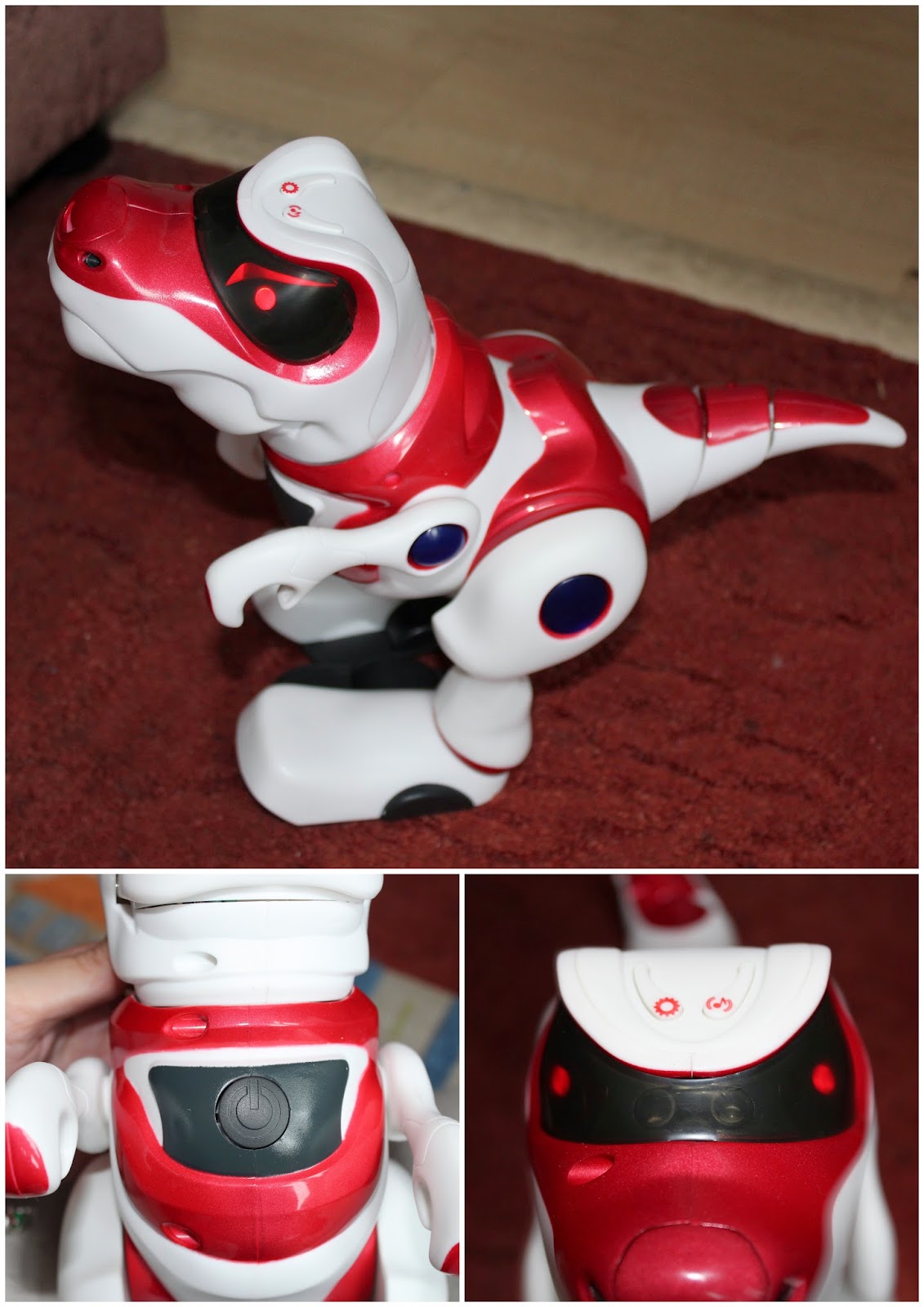 The 4 x AA batteries go into the two panels hidden on his feet, there is one panel on each foot. The on/off button is a large button on his belly which is easy to see and press. There is also two other buttons on his head which control his other settings and features.

We've been playing with a Teksta T Rex this week and have to say he's one cute dinosaur. He responds to you in so many ways, it's like he can actually see and hear you. He roars if you stroke him and walks along when you tell him too. He's lots of fun to play with. 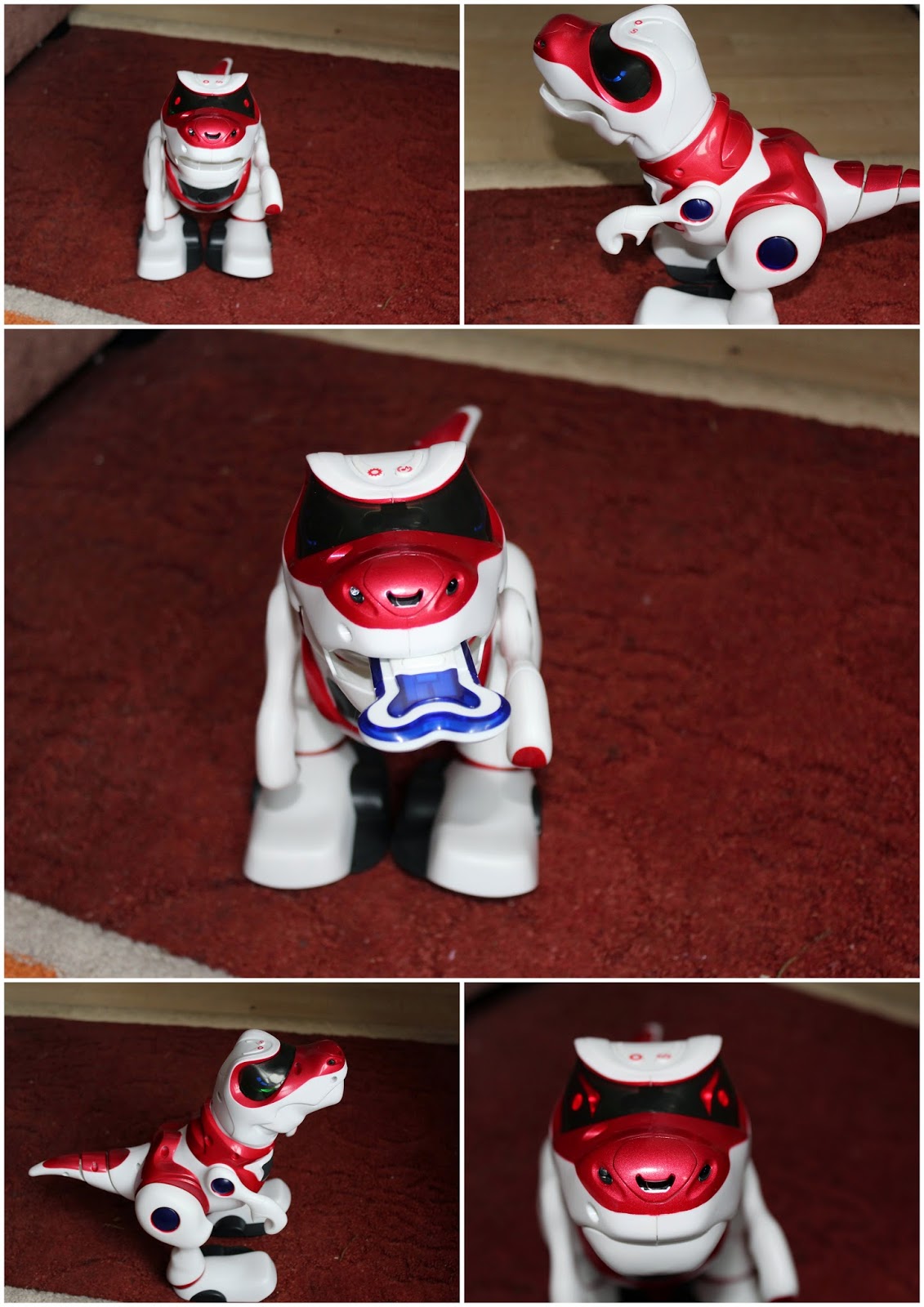 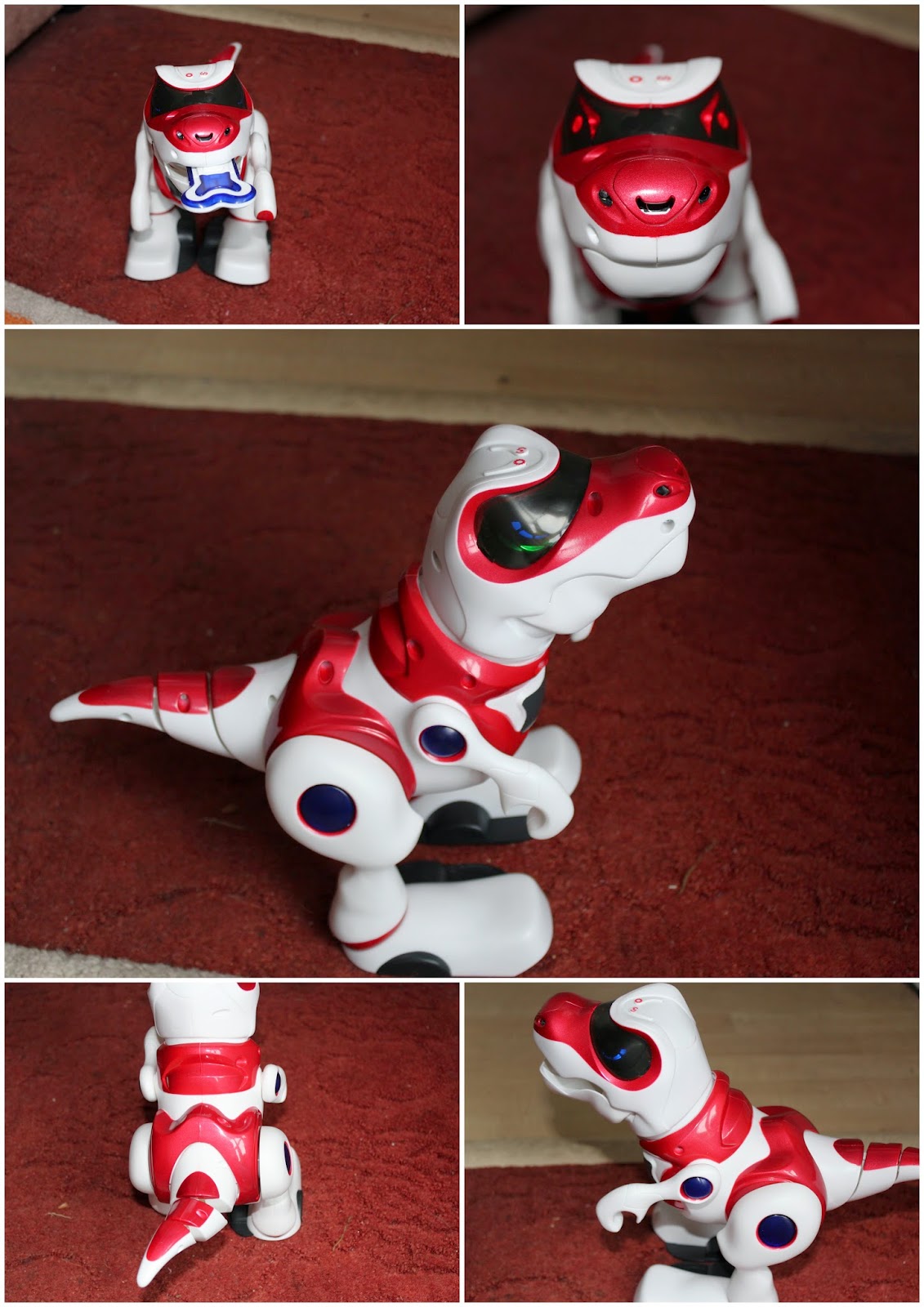 There's hours of fun to be had playing with the Teksta T Rex, you never know what he's going to do next. Depending on what you say or how you touch him or even where you stand by him, he could react in so many different ways. We loved the way his eyes flashed up with different colours. We're still learning what each colour or pattern means but that's all part of the fun too. We're getting to know our Teksta T Rex just as much as he's getting to know us. He's a really clever little dinosaur that's fun to play with.

He costs £59.99 which might sound like a lot of money but for the enjoyment he brings I'm thinking I would be happy to pay this for a Christmas Gift or maybe a Birthday Present.

Our Teksta T Rex has gone down very well, all of the kids including daddy love him. We've scored him a play value of 4/5. He's definitely kept us entertained for hours.

Disclosure: We were sent a sample for the purpose of this review but all the opinions expressed are 100% honest and entirely my own.
Posted by Christine Taylor at 03:24