John Lewis appoints a ‘Little Panel’ of child experts to help shape its Children’s Rooms homeware collection. On 2nd September 2014: John Lewis appointed a new set of product experts to help it appeal to an even wider range of customers: a ‘Little Panel’ of six 6 and 7 year-olds who helped to shape the department store’s Children’s Rooms homeware range.

The panel, from East London’s  Maryland Primary School in Stratford, will name new product items as well as writing product descriptions which can be easily understood by children of the same age; a first for the retailer. 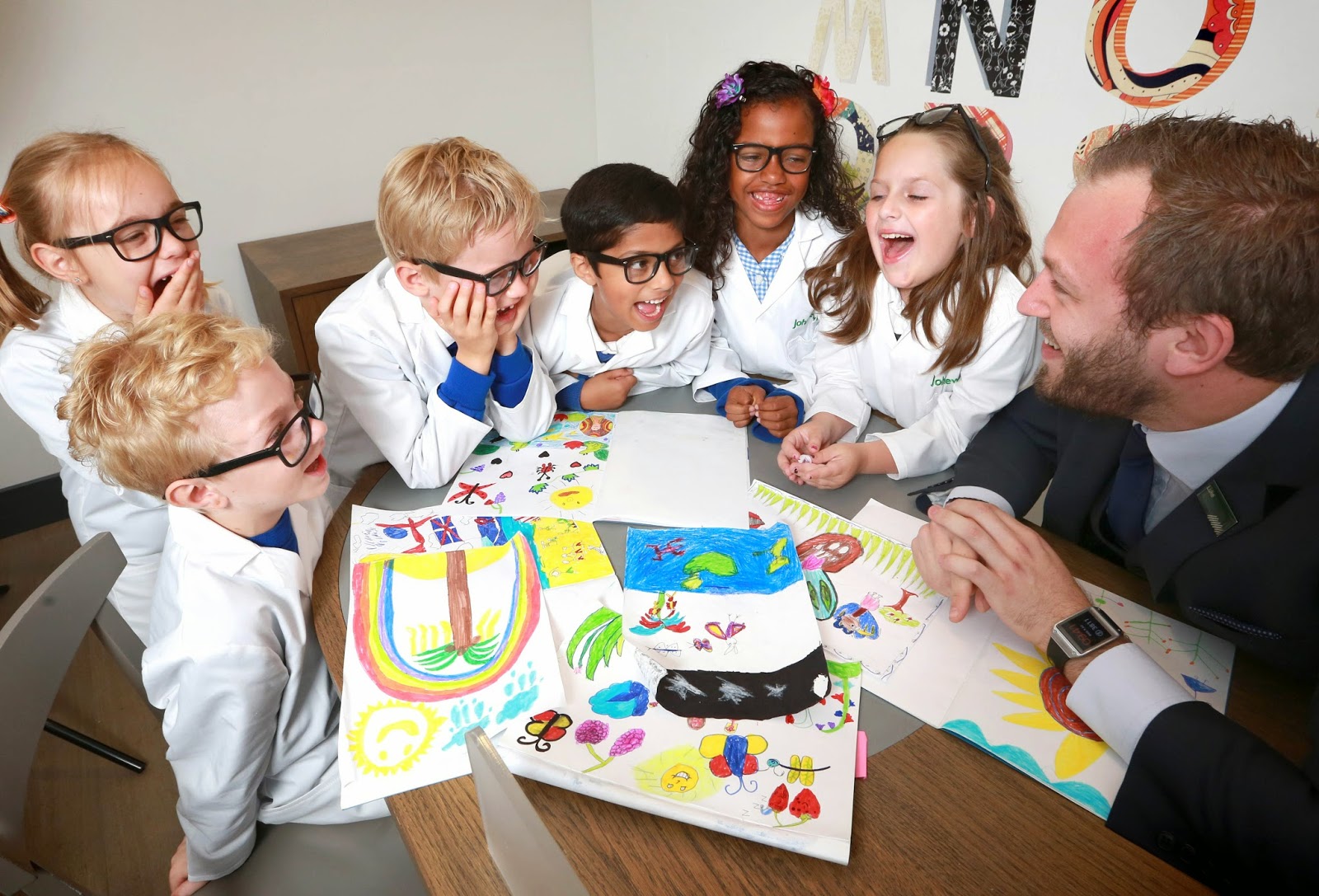 The initiative was launched at John Lewis’ Stratford department store, with the whole panel in attendance. On show is a duvet cover designed by the panelists, which will now go into production ahead of going on sale in September of this year. In addition, descriptions written by the panel will appear on product packaging and on John Lewis’ website from today. The children have also named four products, including “Mr Sharky” the Shark Bean Bag and “Tommy” the toy Monkey. Omar Kamran, aged 6, who named the Shark Bean Bag said, “I always go shopping with my mum and dad and now I am part of it as my opinions count.”

The initiative will be piloted at the John Lewis Stratford store. The new duvet cover designed by the children can be found online from September 2014. 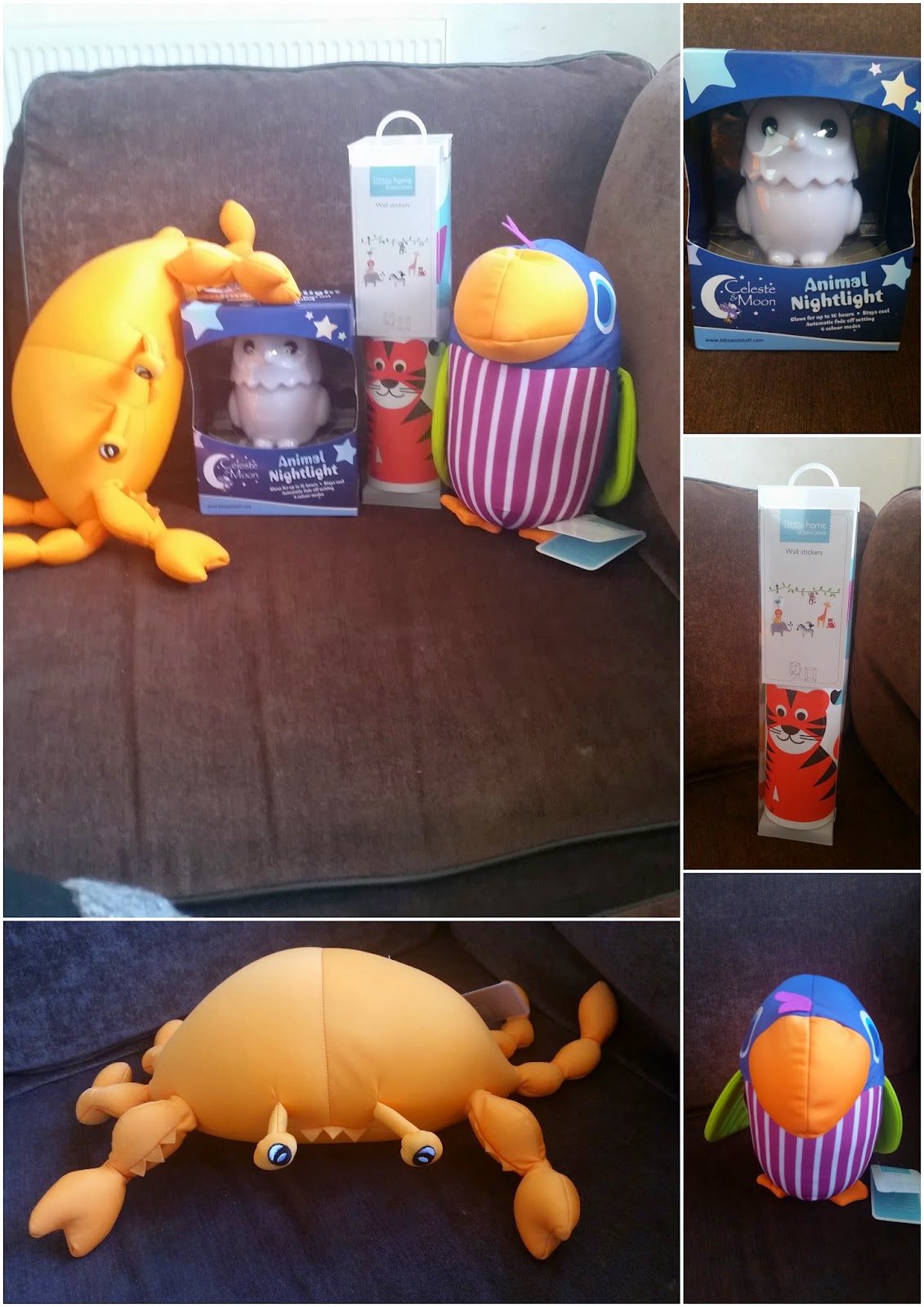 This week my own 'little panel' of toy experts have been having a play with some of the new John Lewis Children’s Rooms homeware collection. We were sent two bean bags toys, a cute crab and a pretty parrot. An Owl night light and a set of cute animal wall stickers.

The bean bag toys were priced up at £10 each. They're both super bright, the colours and detailing really stands out and shows just what high quality they are. They're both super squishy which my younger two loved, they love a good toy to cuddle. Colin the Crab as he's now known is fast asleep on Ryan's bed whilst Polly Parrot is on Lily's. I think they're both very happy in their new homes, they get lots of cuddles every night and get to play lots of games every day. Although I'm not quite sure they like being thrown high up in the air. 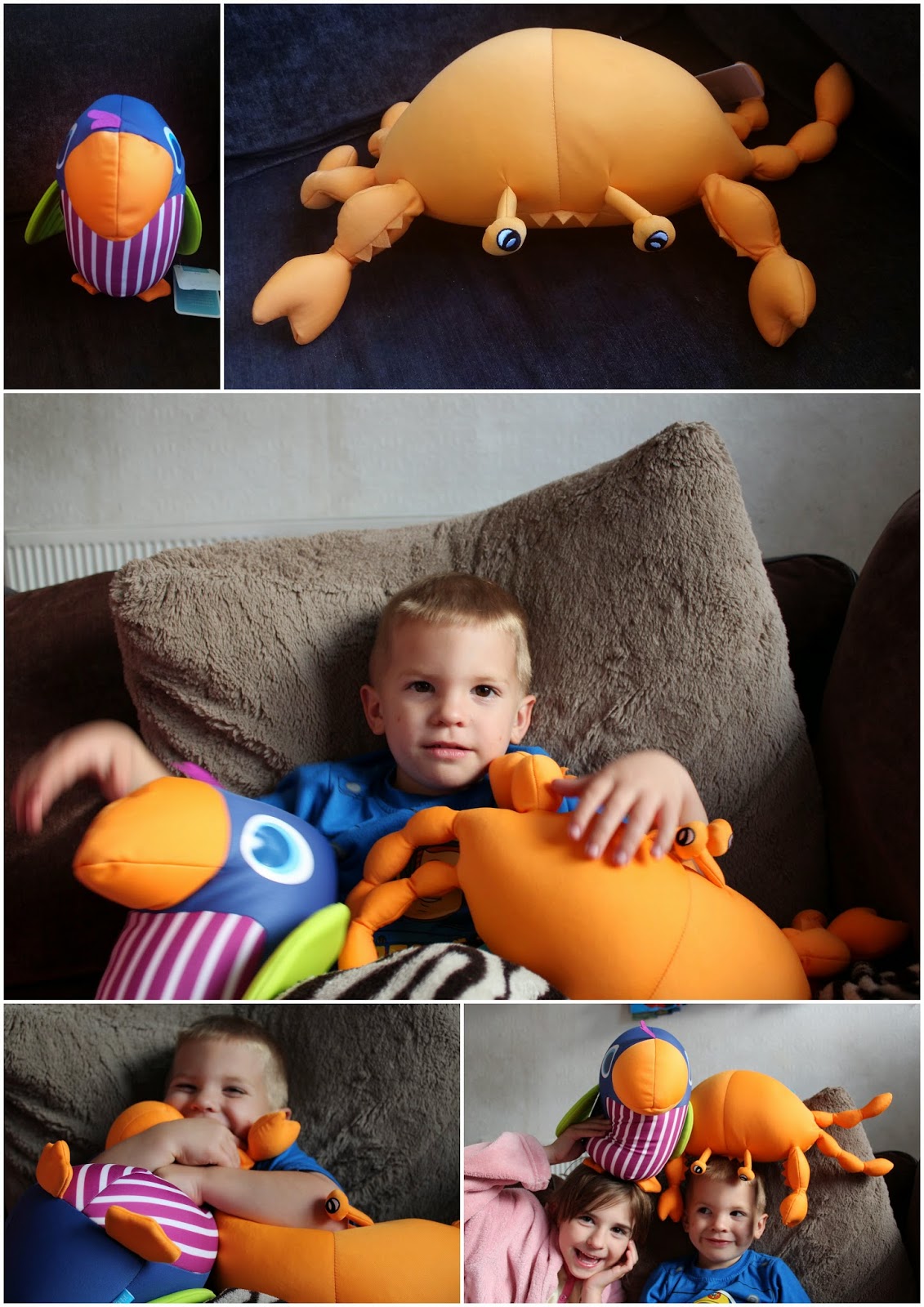 They're great toys for being silly with as you can see from my pictures. They make great pillows to sleep on as they're squishy and soft enough to put under your head. They're fab for cuddling and also just sweet to look at. We loved them both very much. 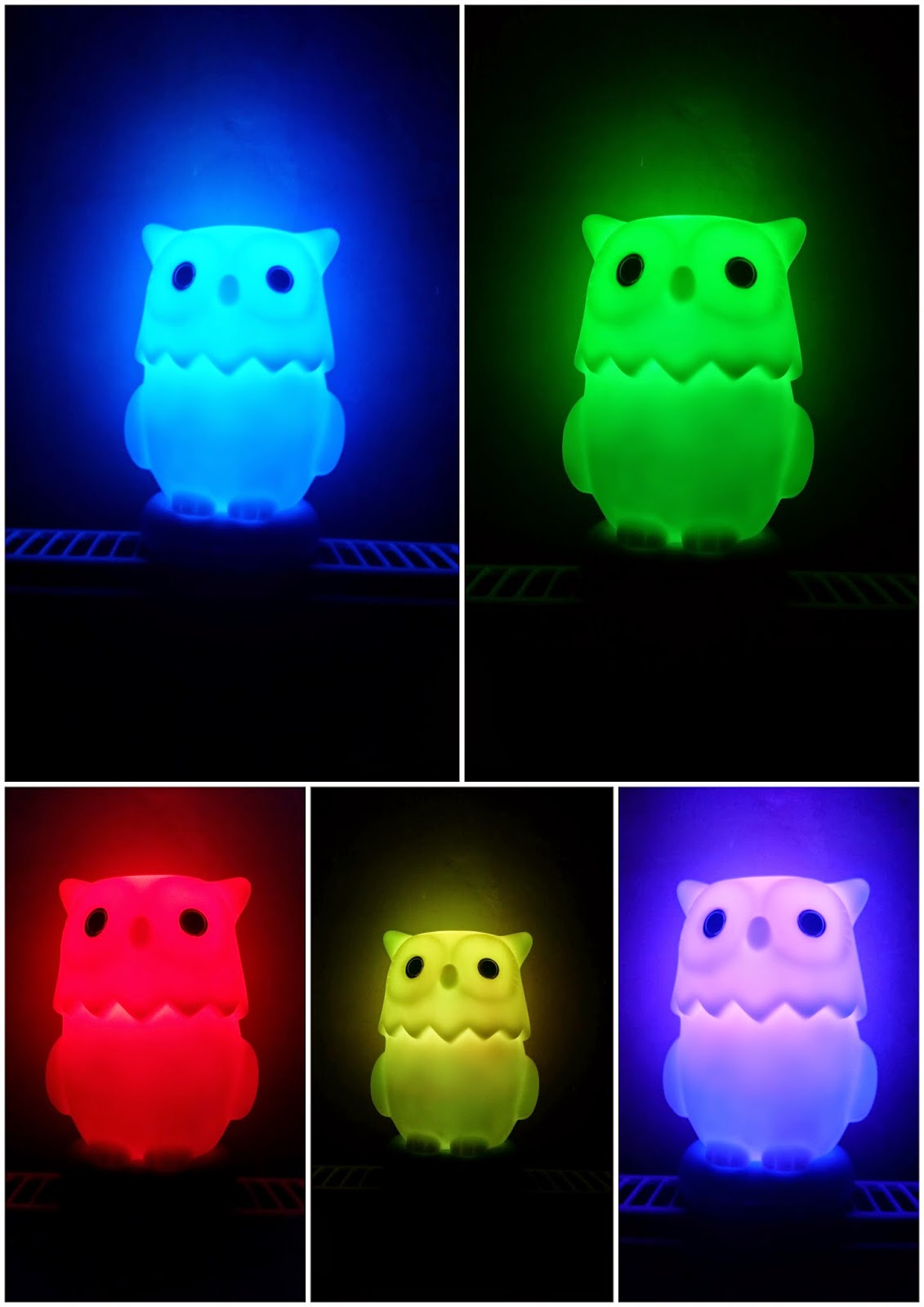 The Owl nightlight is super cute and for the price of £20 he's also affordable. He can be plugged in and then sat on top of his charging base or taken off it to allow him to be moved anywhere you want. We've put ours on top of a radiator in the upstairs hallway to light up the way to the bathroom for those last minute bathroom trips. Ryan who's 4 is still learning to go to the toilet at night but we don't like to turn the main lights on as it wakes him up too much so a night light like this is just perfect for us right now.

The light itself is a colour changing one, it changes colour by itself every few seconds. The colours are great, there's a mixture of all the colours so it's suitable for both boys and girls. Ryan really likes his new Owl friend although he does turn himself off after a while which means Ryan is often poking him or moving him around to set him alight again.

All of the items were lovely, they're well made and well thought out. The bean bags were bright and eye catching whereas the Owl night light was sweet and practical. We haven't had a chance to try out our wall stickers just yet as Ryan is still sharing my room. One day when he gets his own room, I'm sure he will have fun using them.

Disclosure: We were sent our 'little panel' samples for the purpose of this review but that doesn't affect what we think. All the opinions expressed are 100% my own.
Posted by Christine Taylor at 02:34