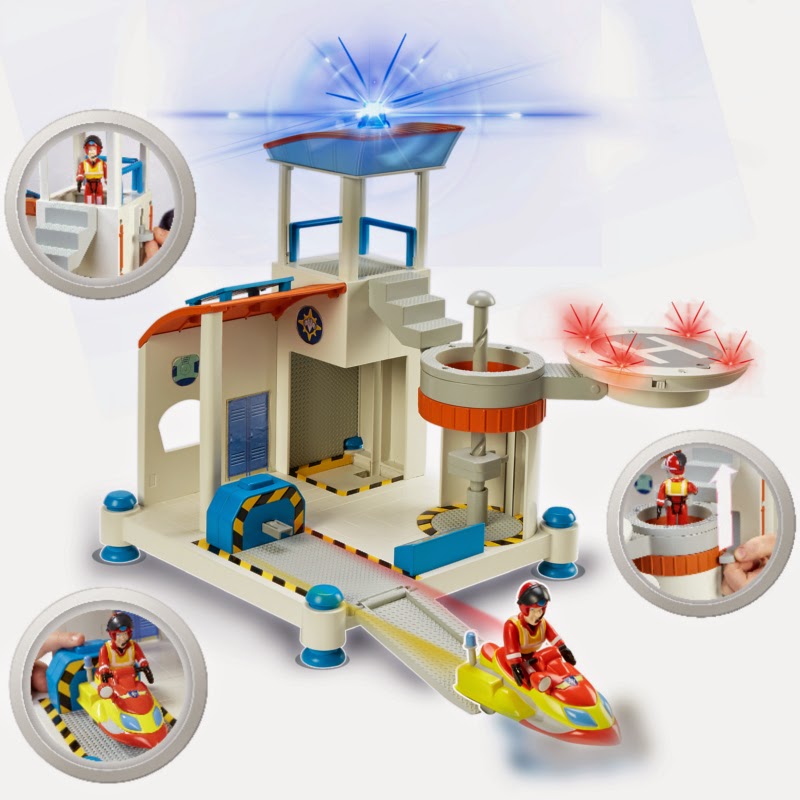 The Fireman Sam Ocean Rescue Playset from Character is the perfect addition to any childs Fireman Sam collection. Why not help Fireman Sam with his 'Ocean Rescues' on the fantastic Ocean Rescue Centre. You can literally fire Juno (at the press of a button) with the Jet Ski Launcher, there's also a Helipad with cool light and sound features. There's a  working lift, fireman pole plus much more - you'll have lots of action-packed hours of fun!

My little man Ryan is a huge Fireman Sam fan so he was delighted when this arrived last week, his little face lit up with excitement. He's already got the Fireman Sam Vehicle and Accessory Set - Titan but he was really pleased when he saw he had a whole centre to play with. Now Fireman Sam can go on some real sea adventures.

The toy itself is one whole piece so there's no assembly required. You can take it straight out of the box and play with it. You do have to add batteries if you want the lights and sounds features to work though as they're not included. 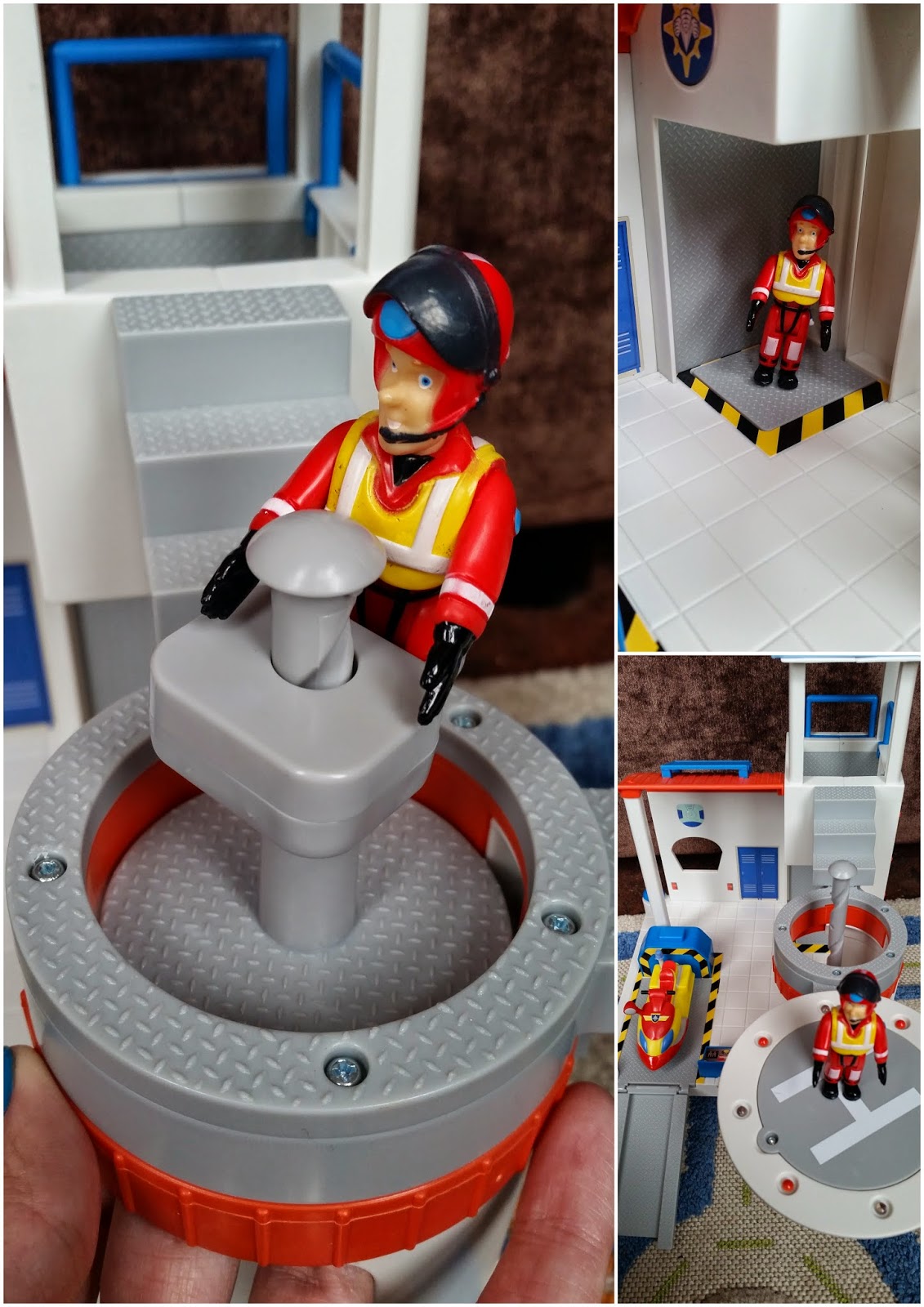 There's lots of little things that Fireman Sam can do like going down the Firemans Pole and Jetting off on his Jet Ski from the launch pad which is lots of fun. When you press the button the Jet Ski fires off into the ocean. There's a working lift, a flashing Helipad and lots of other little places to stand on, sit in or visit. Ryan's been having lots of fun. 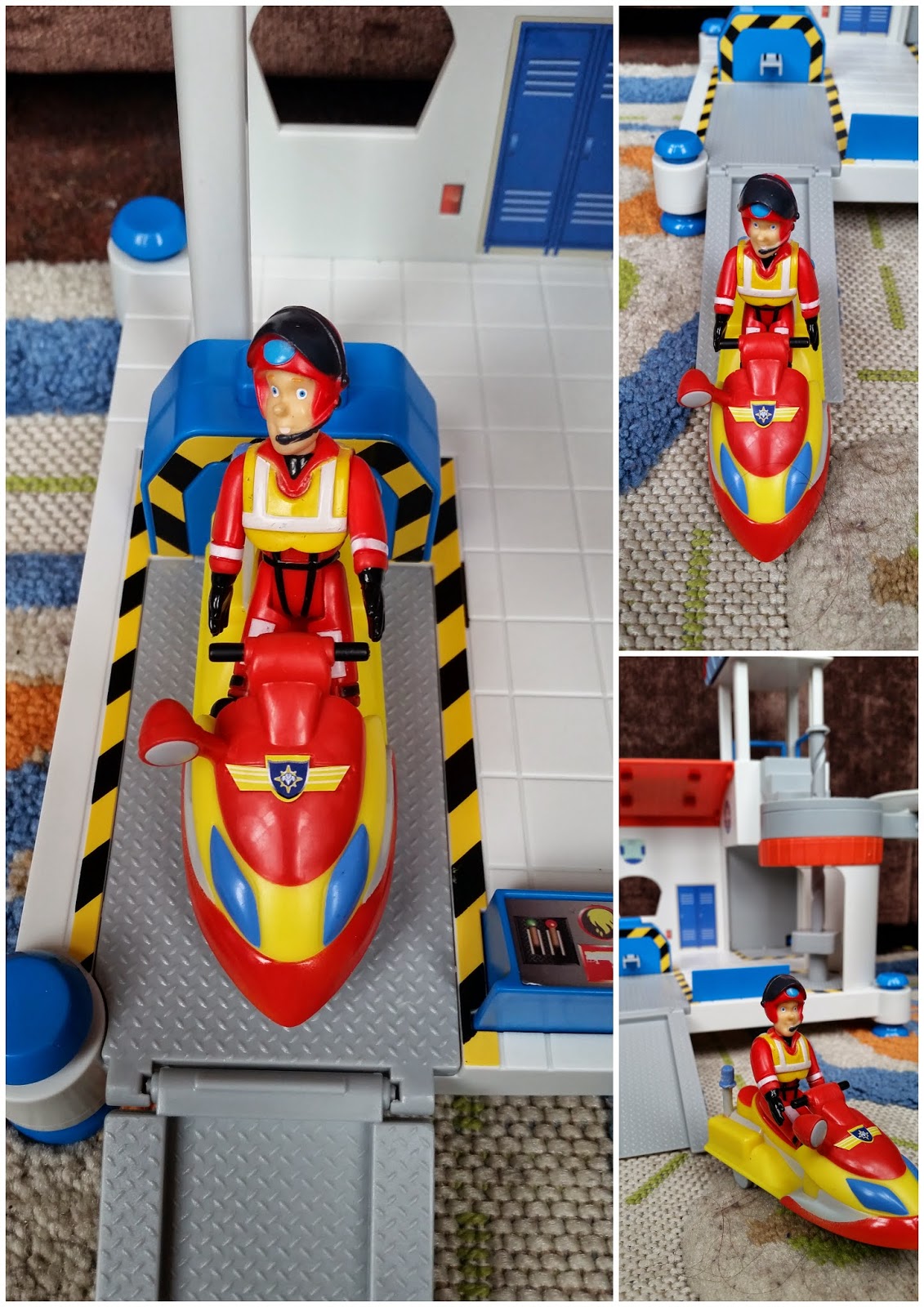 Ryan's favourite feature has got to be the Jet Ski launch pad. He just loves pressing that button and watching the Jet Ski fly off across the carpet and often poor Fireman Sam flying through the air as he wasn't holding on tight enough. He hasn't quite mastered how to connect the Jet Ski to the button yet though which means I am having to do it. I'm hoping he will figure out how to do it himself real soon so I can have a break. 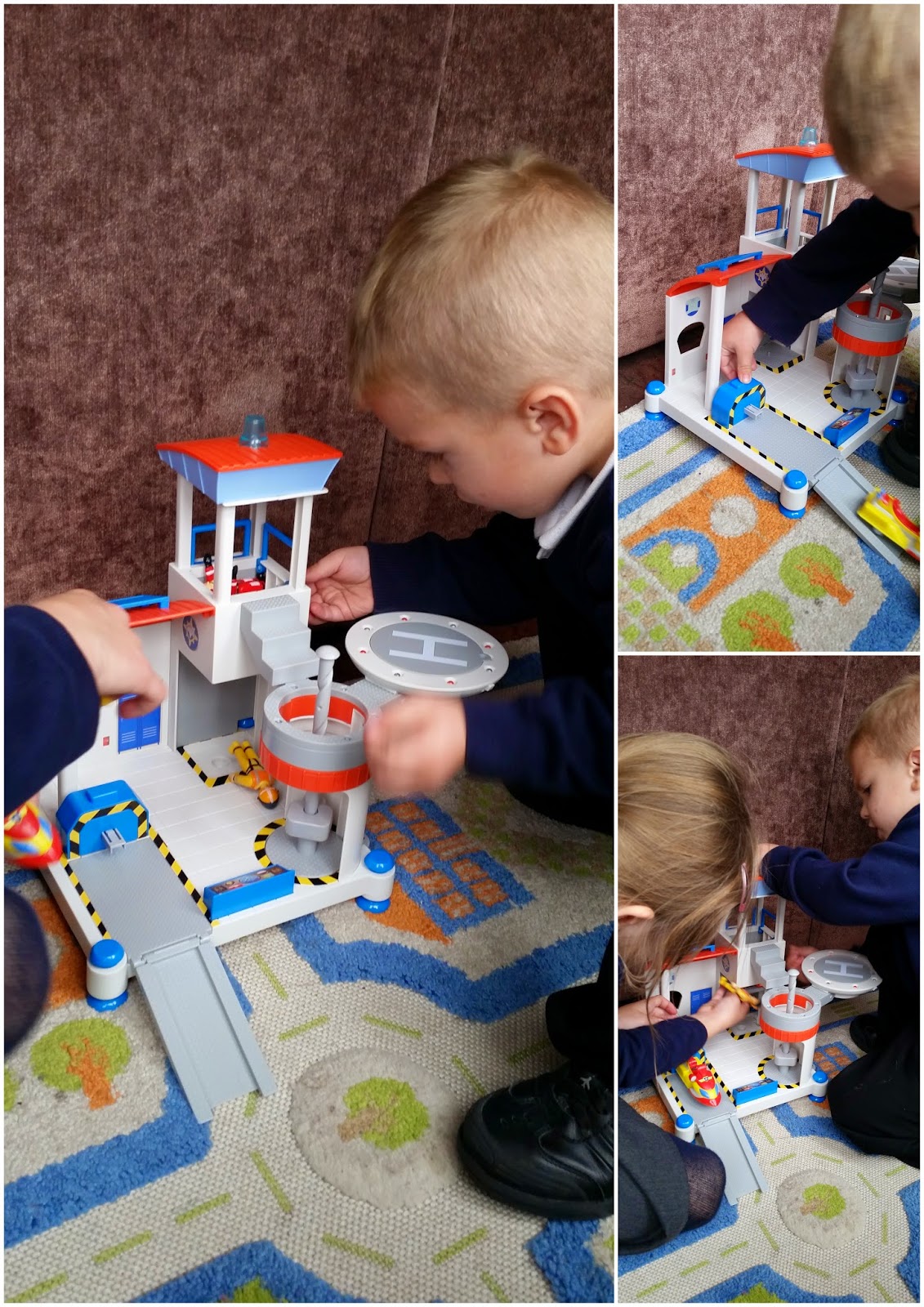 It's not only Ryan who has been having fun with the Fireman Sam Ocean Rescue Playset, his big sister Lily has also been joining in. Even though she's 7 and doesn't really like Fireman Sam, she's still been fascinated with some of the functions.

Overall it seems well built and looks like fun to play with. I like the fact that it's one whole piece so that it won't be falling apart anytime soon. Ryan is happily playing with his Jet Ski launcher for now but I'm not sure if his poor Fireman Sam figure would agree.

Disclosure: We were sent a sample for the purpose of this review but all the opinions expressed in this post are 100% honest and all my own.
Posted by Christine Taylor at 04:13