The Brewster's Big Build Adventure Set is brought to us by TOMY and is based on the Chuggington tentpole episode airing this Autumn, this set is packed with tons of play and innovative new features, including a working escalator, an elevator, a working mega crane, a trick bridge, a tunnel, and two Die-Cast engines.

This huge set is packed with action and adventure for the locomotives Brewster and Carmac which come included. One of the best features of this set is that there's a whopping four levels of elevation and multiple layouts for extended play. It's an ideal set for little Chuggington fans aged three years and up. My little man is aged 4 and loves it!

When this set arrived a few weeks ago we were all very excited. Both my youngest two love watching Chuggington on the TV so I was interested to see how they're get on. Ryan loves his old wooden train sets but he's never had anything like this before. This set has so many movable features, working bridges and so much more. I was a little worried that he wouldn't be able to use most of it, I was also worried that he'd break it up whilst playing as he can be a little heavy handed at times. After a few hours of play though I needn't have worried at all. 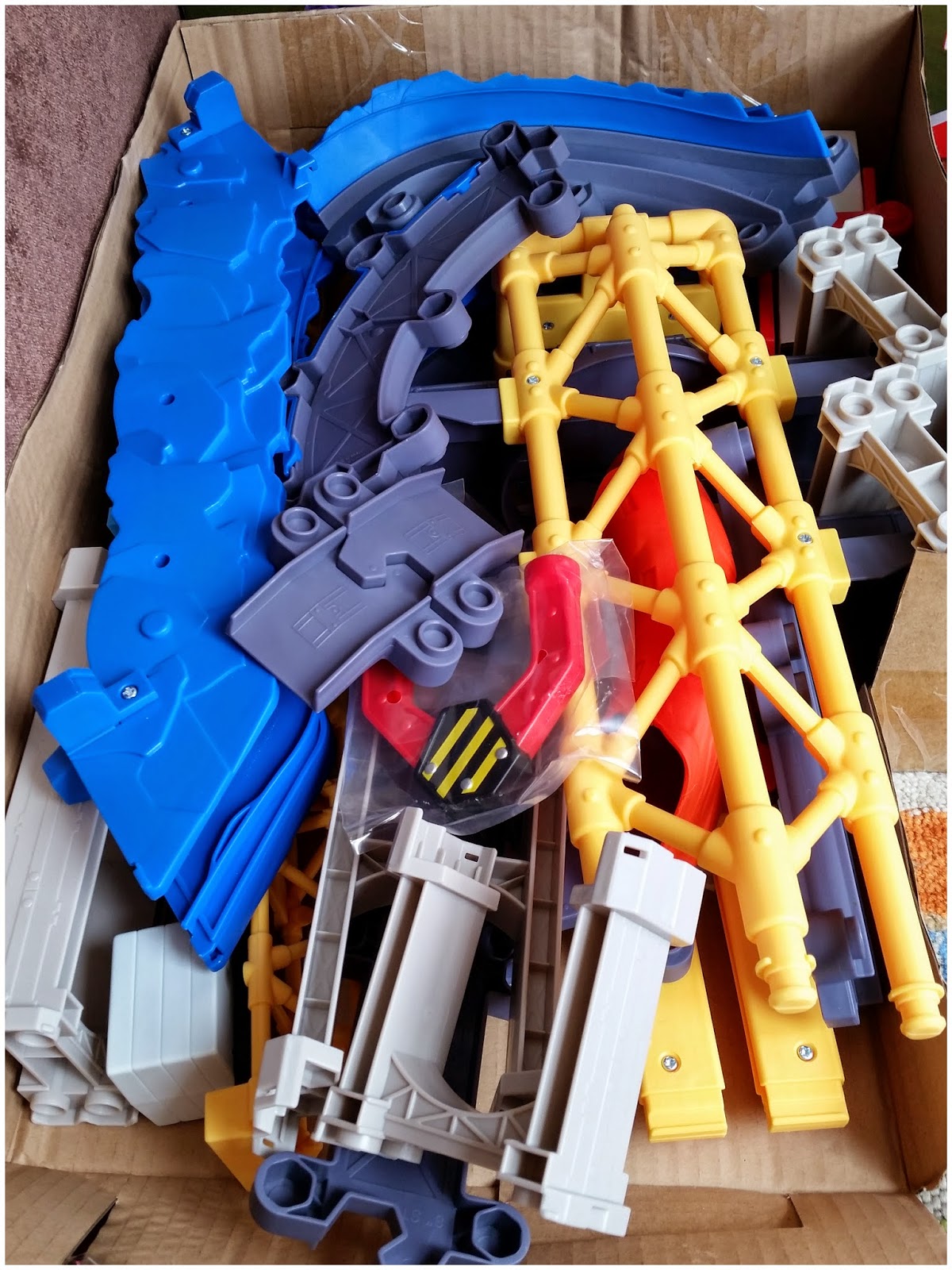 My first hurdle was to build the thing. This is what I was faced with when I opened the box .. Scary? Not at all. Most of the big pieces were already build and ready to go, I then had a few track pieces to put together to complete the set. I was really surprised at how easy it was to build, the snap together pieces made it a real breeze, It literally took 10 minutes. 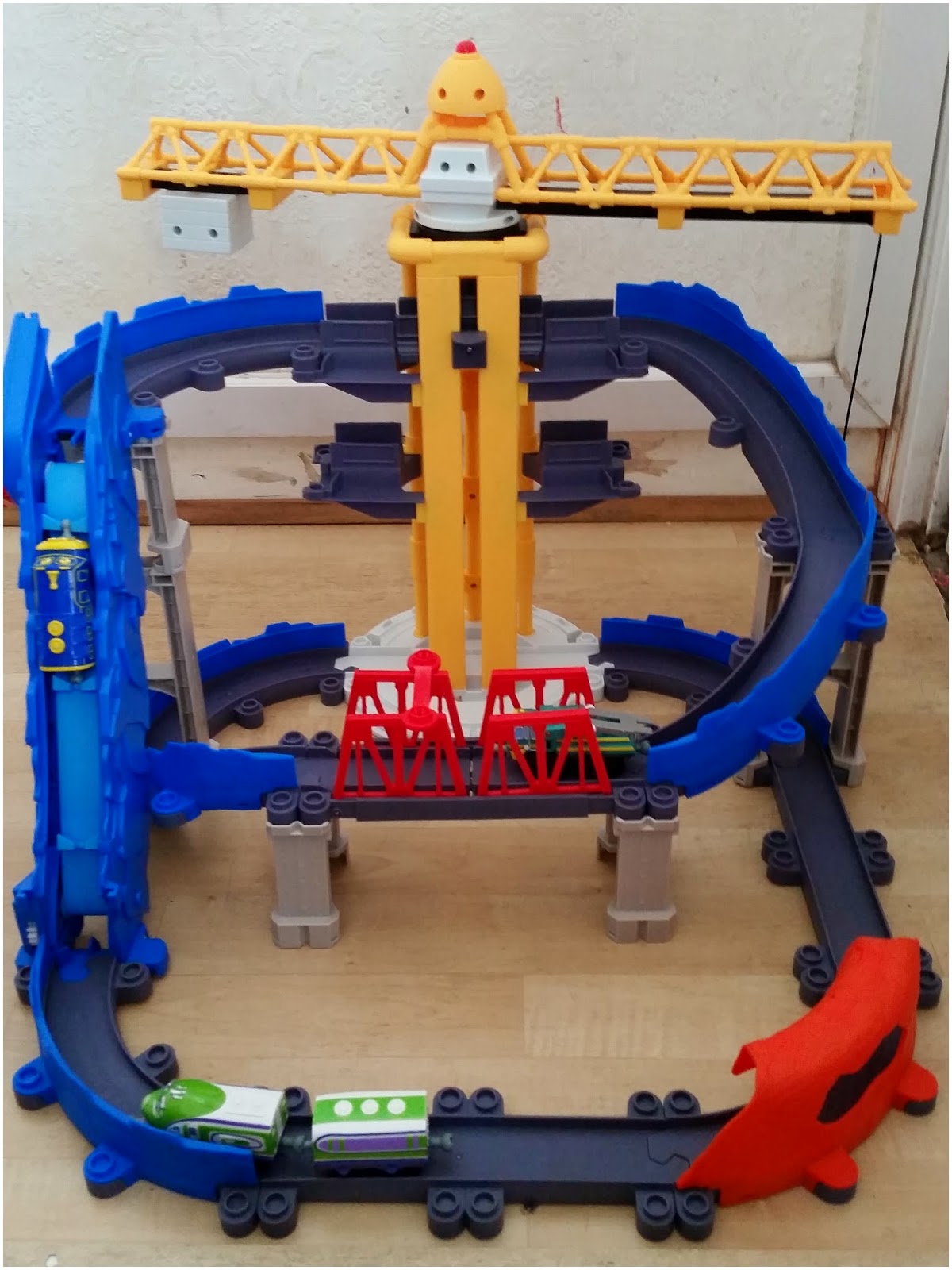 This is the finished set, isn't it amazing! The track pieces are really chunky so they're great for little hands and the working parts are really easy to operate making play time stressless. I really liked the look of this set, it's definitely the biggest train set we've ever had before. 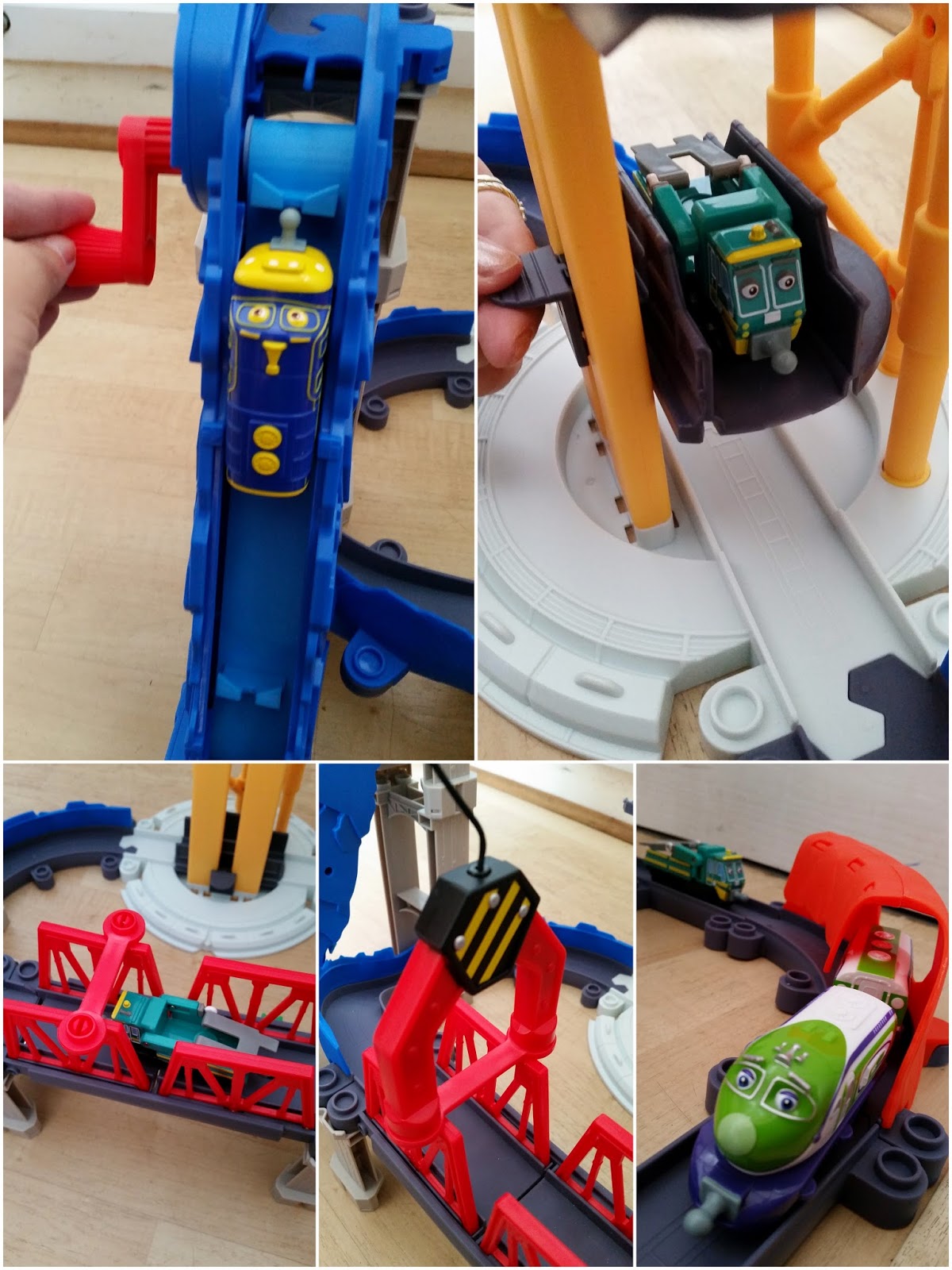 The escalator is really clever, the trains hook onto it allowing them to be carried up onto the higher platforms at the windup of a handle. The bridge is fab and the crane also doubles as a lift. The tracks go up and down so the trains get to travel up and down hill which adds for extra fun. The pieces are strong and stay firmly clicked together even when pushed and pulled.

There's definitely lots to do and see with the Brewster's Big Build Adventure Set. 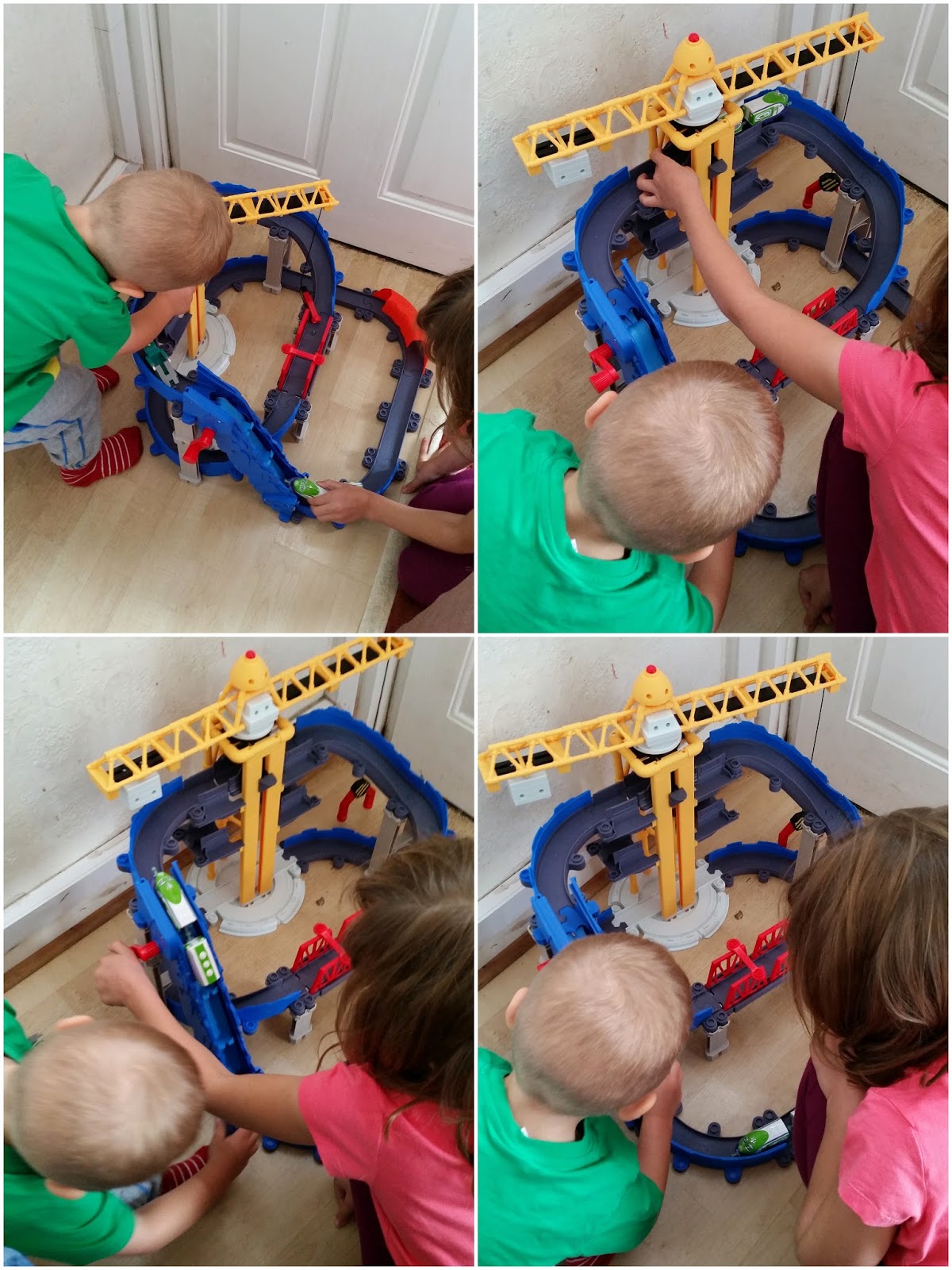 Both Ryan and Lily (who's 7) have been having so much fun with this set, they've been choo choo-ing away for hours. Because the set is so big it's easy for two to play together, normally with smaller sets they're always fighting over who gets to play with which bit. Not with this set though, with this one these so many features spread out all over it that there's more than enough to entertain two children happily at the same time which is fantastic.

Another great thing about the Chuggington Stack Track playsets is that all the separate sets can be added together to make super sets. I think it's a great idea which lets kids get even more creative and build their very own sets as they wish. TOMY have lots of other Chuggington toys to choose from too. I wonder which set my Ryan is going to want next? Whichever it is, at least I know that he will love it and be able to play with it easily.

The Brewster's Big Build Adventure Set gets a fantastic 4/5 from all of us here at the Mummy Of 3 Diaries household. It's great fun, easy to assemble and build to last. It's full of fun activities to do and lots of twists and turns for the trains to enjoy as they "Ride the Rails".

Disclosure: We were sent this toy for free for the purpose of this review but that does not influence our review. All the opinions expressed are 100 honest and my own!
Posted by Christine Taylor at 07:15