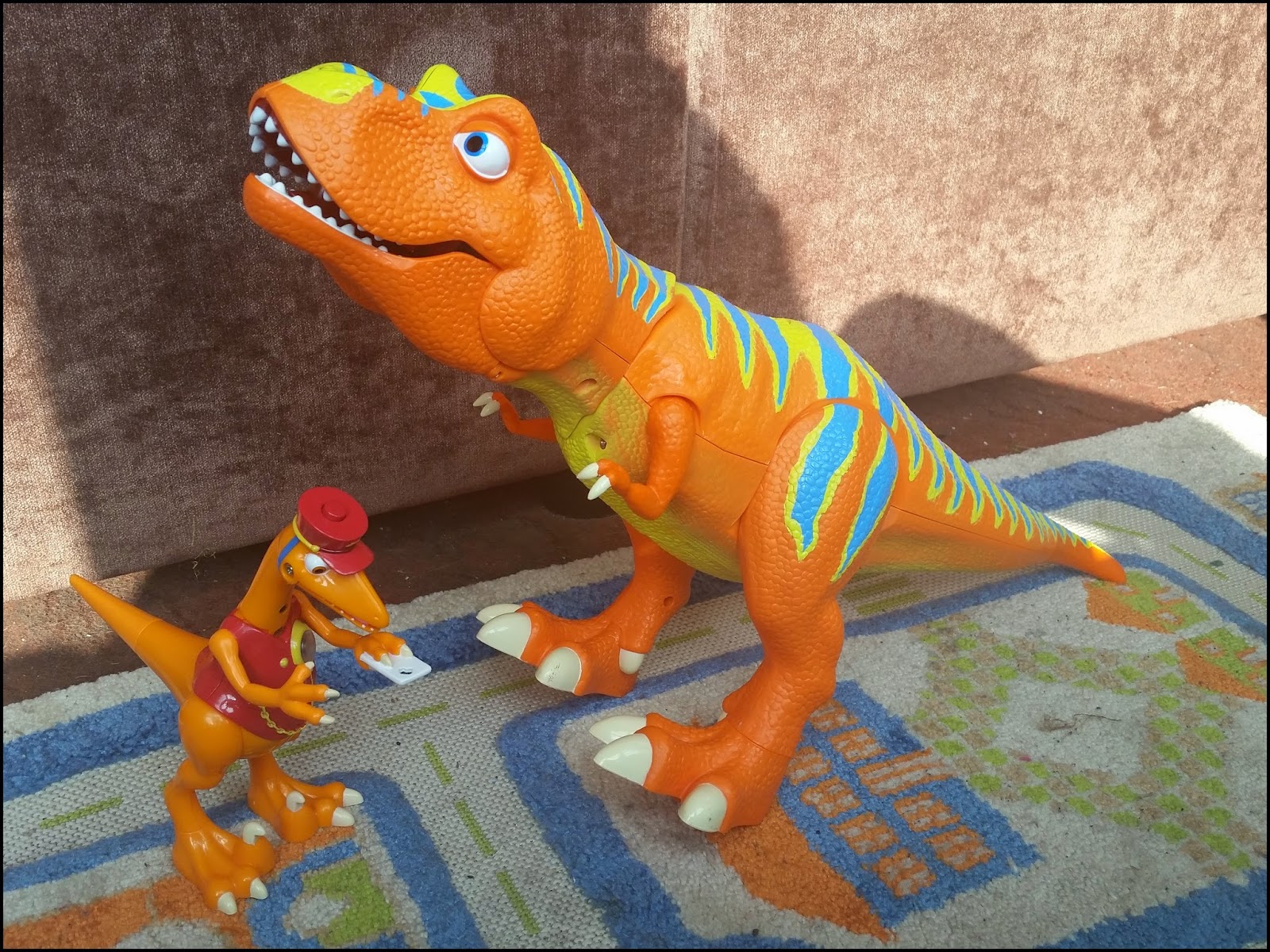 My little man Ryan is a HUGE fan of the daytime children's show 'Dinosaur Train' so he was very excited when we were offered some to try out some of TOMY's Interactive Dinosaurs from their lovely Dinosaur Train toy range. We were sent Mr Conductor and Roar 'n' React Boris Tyrannosaurus Ultimate T-Rex. Both looked fantastic but the T-Rex is just Roarsome!

Mr Conductor Comes to life with over 40 Dino sounds and phrases. You simply press his pocket watch to see it light up and hear him talk and sing. You can also push the button on the top of his head to move his mouth up and down and hear him talk and sing some more. He  interacts and reacts with all the other Inter Action figures. He costs £15.99 and is aimed at children aged 3 and over. He comes with batteries in so he's all ready to play. 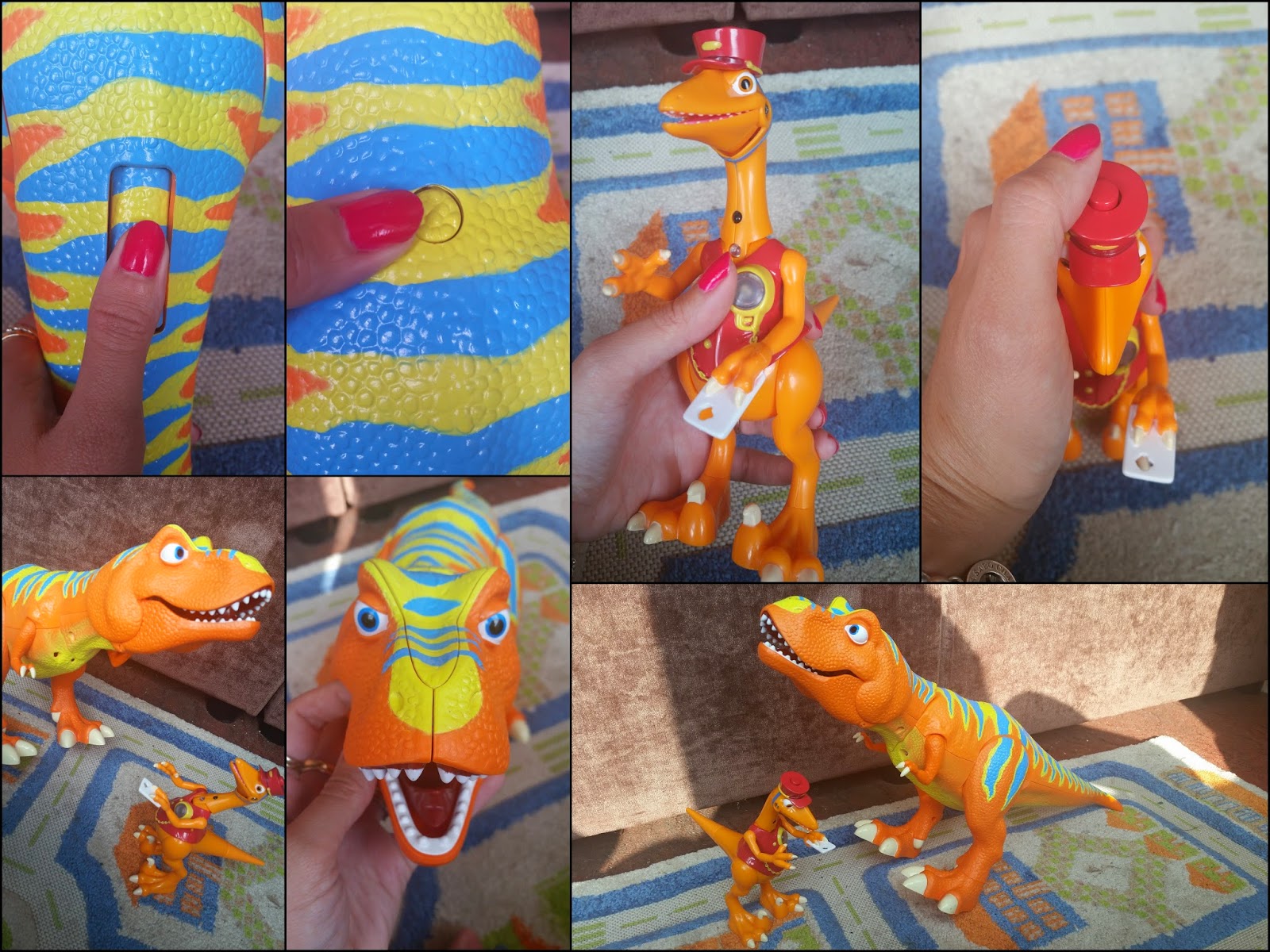 Boris Tyrannosaurus is the REALLY BIG interactive dinosaur.  He costs £32.99. Along with the other interactives,  SmartTalk technology gives Boris the ability to recognize and interact with other dinosaurs in the interactive range and have roaring contests with YOU!

Ryan has been having so much fun with this pair, they roar at each other and chat away for ages. It's great to hear all the facts they share like their weights and sizes and other fun facts too. From the moment they arrived, they've hardly had time to rest. They've been pulled, poked and plodded over and over again. They must be built really well as they've withstood Ryan's rough and tumble ways so far. He's thrown them around and even dropped them from heights, like over the back of my settee. They're both still working perfectly with no damage.

I really love the way that they can interact but for my son Ryan he's just happy playing with his new dinosaur friends. He loves the roars mainly but he's enjoying the songs to.

We've been playing with these now all week and are very happy with them. They're great to look at, real bright and eye catching and they're even better to play with. There's lots to hear about once they get chatting and lots for little people to learn at the same time.

The Tomy Dinosaur Train Interactive dinosaurs get a very well deserved 4/5 from Ryan and myself. They're hard wearing and built well, we'll be enjoying these for a good while to come.

Disclosure: I was sent my dinosaur toys for the purpose of this review but that does not influence our thoughts. All the opinions expressed are 100% my own.
Posted by Christine Taylor at 10:58