Skribbies are super comfy kids trainers but that's not all. Designed in the UK, Skribbies have been developed with a special material and magic pens to allow your kids to create their own style, every day. When you buy a pair of Skribbies you not only a get your awesome shoes but you also get a pack of 6 pens, monster stickers and a wristband. You use the pens and stickers to customise your shoes and then use your wristband to wipe off the drawings. It also allows you to store a pen on it for customisation on the go!

Yesterday we went along to see them for ourselves at their Pop Up Shop in the Birmingham Bullring which is open to the public for the whole of this week. Inside the store they have a fantastic display full of colourful bears from their very own logo. There was Skribbies stacked high and low, looking very bright and colourful I must add. 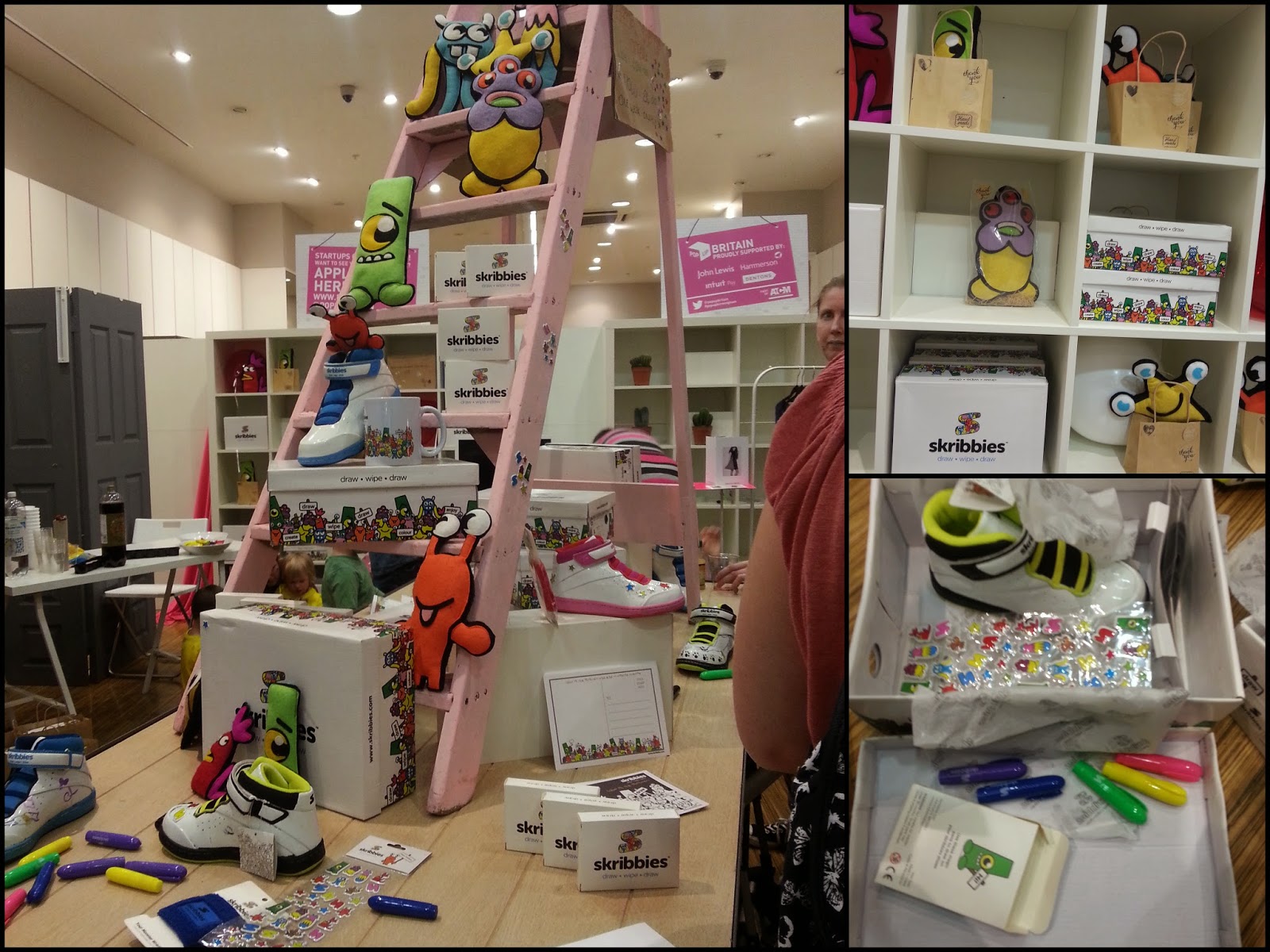 I went along to see these Skribbies for myself with my two youngest children in tow. Lily had seen the adverts on TV and was really excited about getting a pair for herself. Inside the store they were showered with treats from biscuits and sweets to their very own pair of Skribbies. 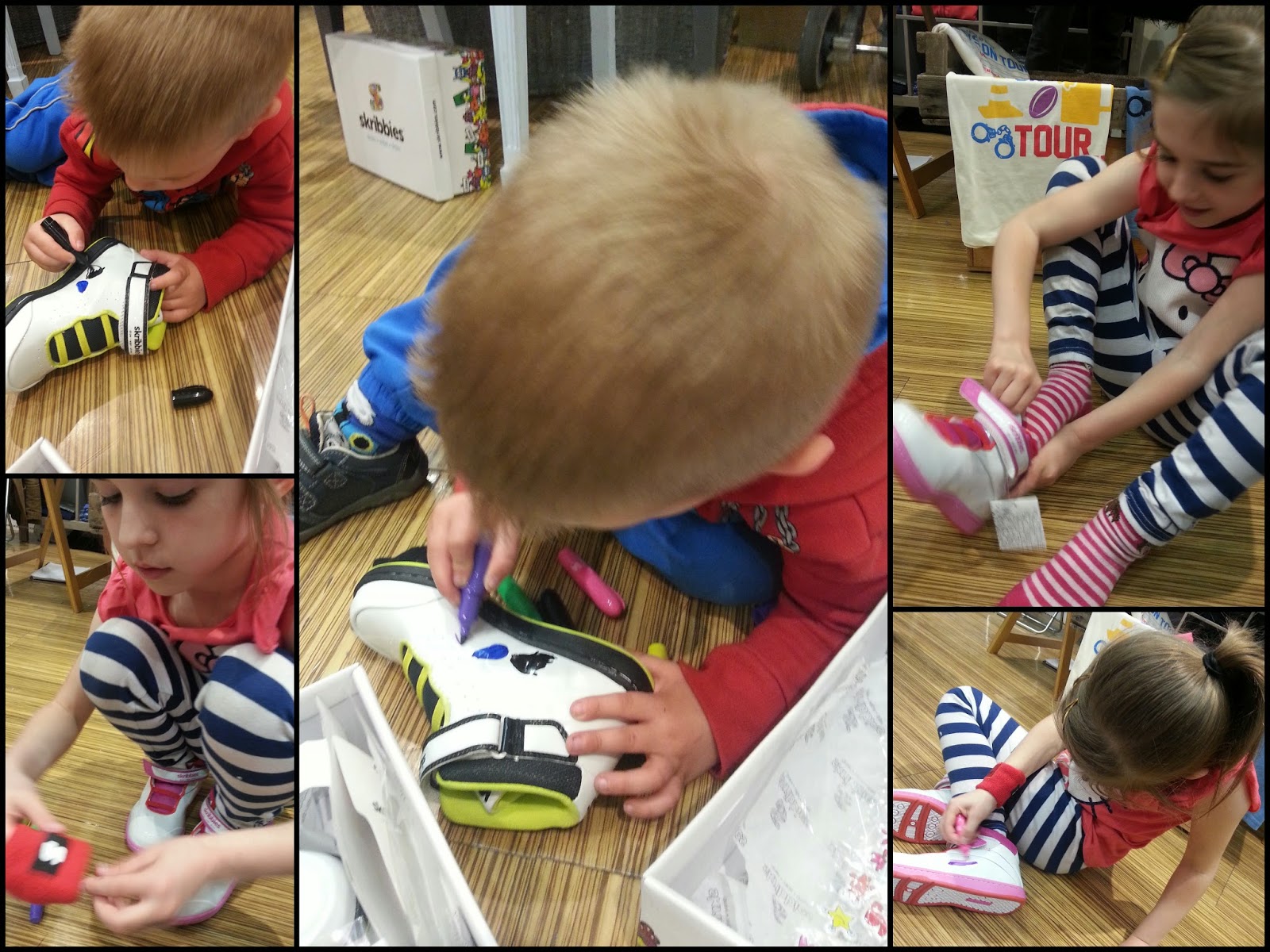 Inside the box you get 6 brightly coloured pens and a pack of delightful stickers which can be reused time and time again. The kids loved being able to draw on their new trainers, normally this would be a big no no in our house as only paper is for drawing on. After a few seconds of hesitation they were off, doodling, scribbling and drawing away.

Ryan drew one picture at a time and then wiped it clean, I think he was testing them out too see where the pictures were going. He did manage to draw on the bottom of his trainers which I have to say does not wipe off, I don't think he was meant to draw there but it's ok as no one will be seeing the soles of his trainers too much. Lily on the other hand was looking more like a little sports model sporting her new cool wristband and wearing her Skribbies. 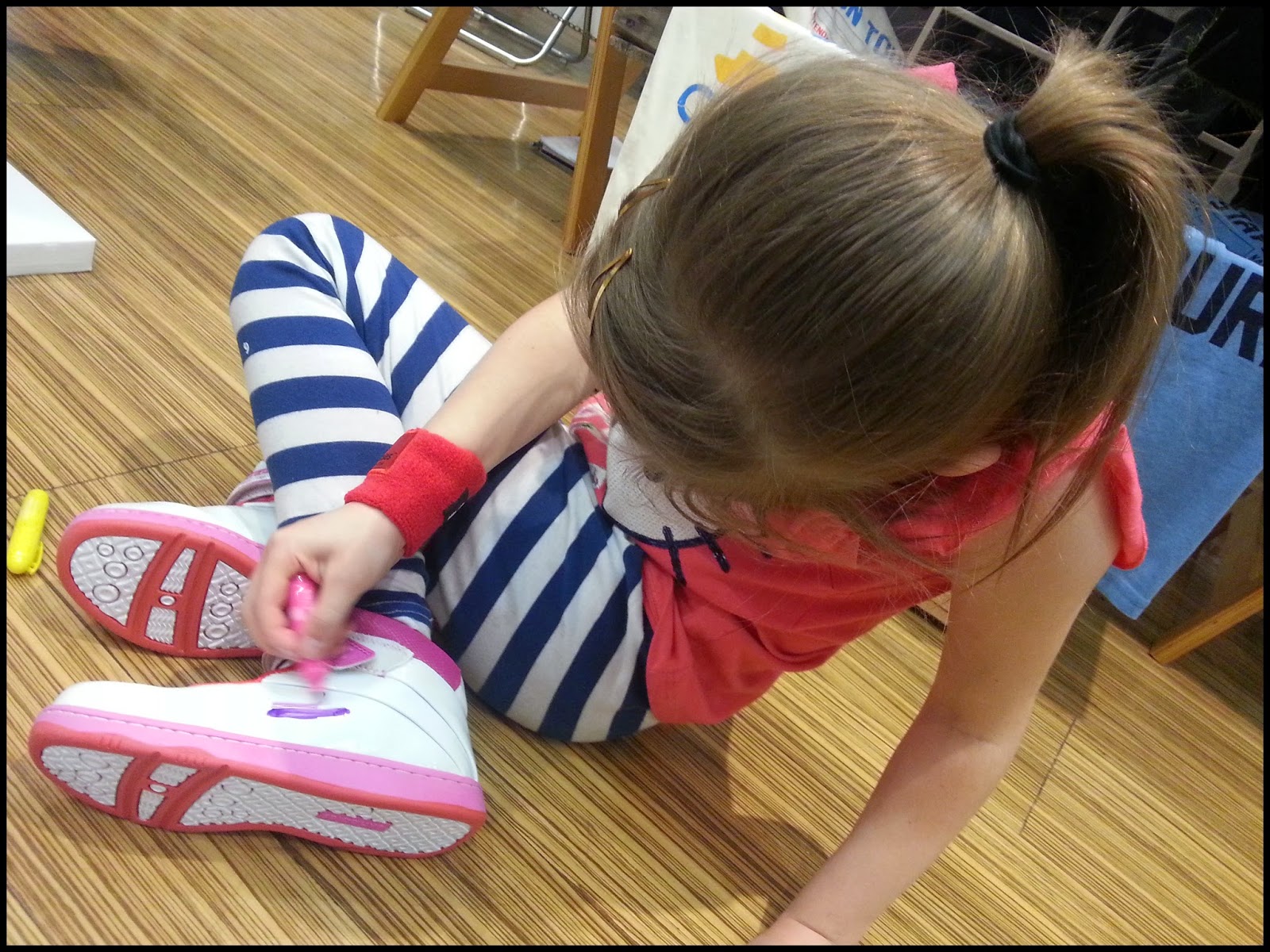 Both my children and I loved their new Skribbies, they're lots of fun and really do work. You can stick stickers on them and draw all over them and then wipe them completely clean again. So depending on their moods they can customise them in any way they feel like doing.

They're available in three different colours and cost £39.99 a pair which isn't too bad really for the enjoyment they get out of them. If they had them in my size I think I'd quite like a pair too.
Posted by Christine Taylor at 05:08