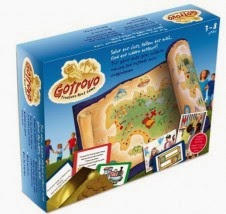 Are you looking for something new and different? This Gotrovo Treasure Hunt Game from What2buy4kids has just been launched. It's based on giving children picture, word, role play or riddle clues that will eventually lead to the hidden treasure. You simply set the trail inside or out before the game starts, then with the help of the map and the first clue the treasure hunters can begin the search for the golden bars! Children then find and collect clues throughout the treasure hunt until they discover the golden bar, which is designed for you to add a personal surprise, such as sweets or small toy if you want to.

This game can be played both indoors or outside and at many different levels. It's very educational, whilst being great fun too. It's aimed at children aged 3 and over. It comes complete with 1 double sided map (2 designs), 100 clue cards, 1 golden treasure bar, 1 swag bag, 10 golden coins, 2 strings of adhesive dots and instructions. 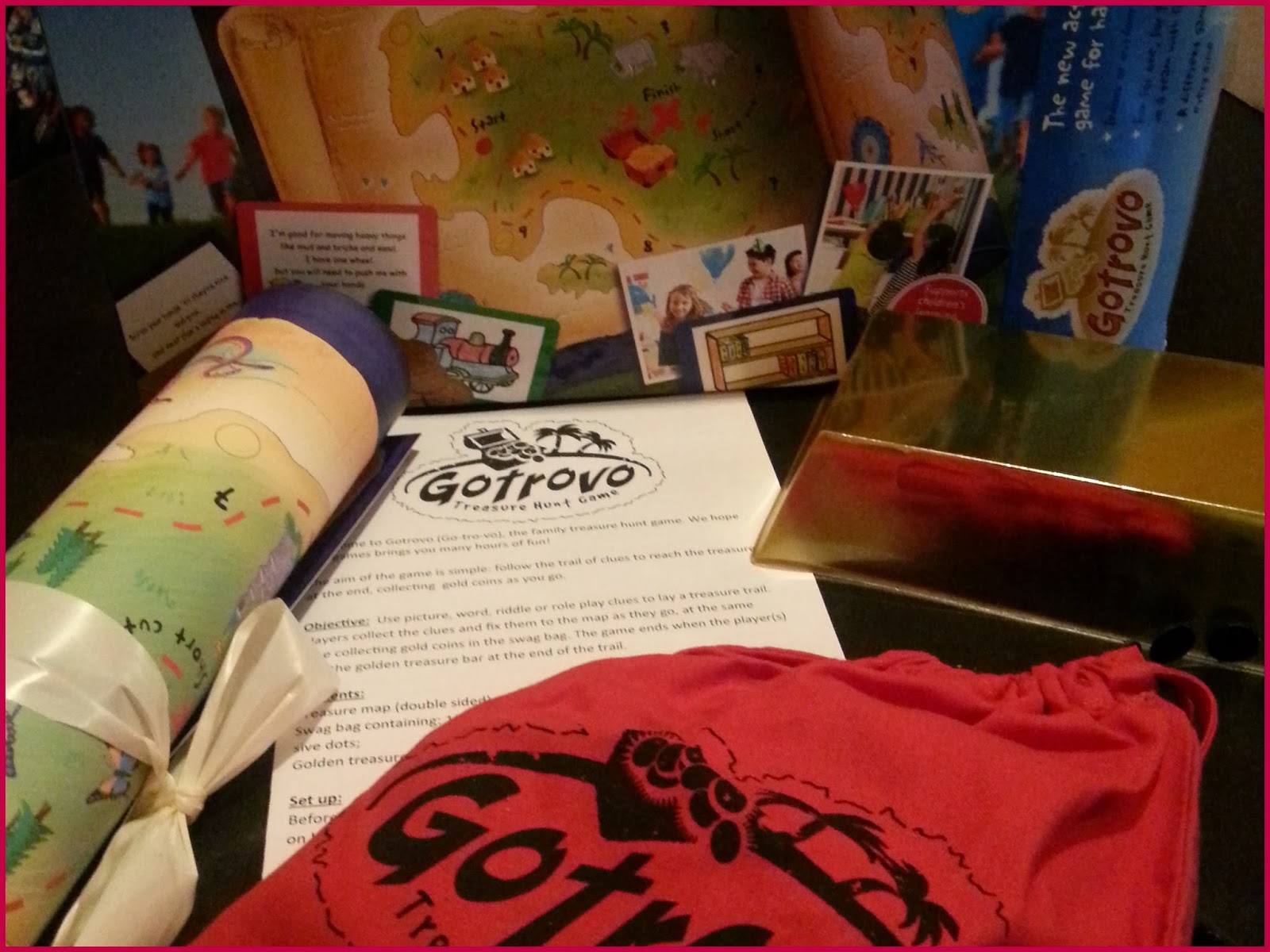 We've been playing this game over the past few weeks and have to say it's lots of fun. It's quite fiddley the very first time you play it as you have to attached the double sided velcro stickers to the map before you can start. This does take up a bit of time but it only needs to be done once, they're then attached ready to be played over and over again. Treasure hunts are always very exciting and with a prize to be won at the end it's a game they'll want to play! I hid little sweets under the gold bar for the winner but that often ended in tears for the losers so we had to play without prizes too. This is a great family game for all ages (over 3). My three who are 10, 6 and 3 all played together. Ryan, who's 3 needed a bit of help at times but overall they got on great playing it all together. Any game that they all can play together is my kind of game.

We scored it a fun 3/5 for it's playability, ease of play and overall enjoyment.

Disclosure: We were sent a copy of the game for the purpose of this review but that doesn't affect our opinions. All opinions given are 100% honest and entirely our own.
Posted by Christine Taylor at 01:33