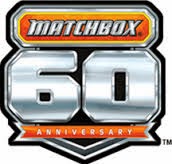 Since its launch, Matchbox vehicles and playsets have inspired and helped create countless, thrilling adventures for boys all over the world.  From fire trucks to police cars in pursuit, Matchbox has provided kids with six-decades of imaginative play!

To commemorate the brand’s 60 year anniversary, Matchbox has released a collectible die-cast line of 24 vehicles that harkens back to its roots to celebrate its birthday. They would make great alternative stocking fillers this Christmas, the assortment features some of the best-loved models and each of which comes with its own retro matchbox sized box!

We were sent two of the cars last week to help celebrate their big anniversary. We received a Mitsubishi Lancer Evolution X Police and a Austin Mini Cooper. My little man was so pleased, he loves cars and these two were a welcomed addition to his collection. 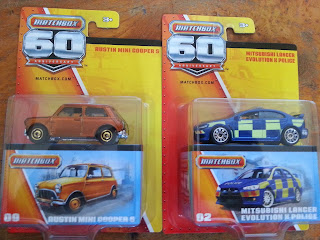 Matchbox cars have always made great collectables for many  but not in our house as Ryan loves his new cars way too much to leave them sat in their boxes. I know he likes them when I can hear "Broom Broom" from behind my settee as he plays happily pushing them. 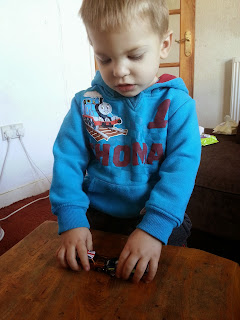