Barry's Back & You Can #Win A #CillitBang Cleaning Kit

Barry Scott was back with a BANG in a fighter jet last year and he’s set to return in a brand new turbo vehicle in the new Cillit Bang TV adverts for 2013. which will go live on your TV screens on Tuesday June 11th. Barry’s turbo powered vehicle of choice is top secret until the advert airs but I want to know what you think it is this year? To make it even more exciting there's a fab Cillit Bang Cleaning Kit up for grabs to someone who guesses it right.

Need A Clue? Here's a sneak peek just for you: 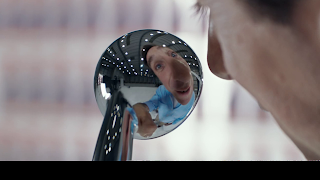 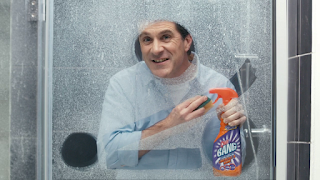 To Enter: Tweet what you think Barry's vehicle will be? You must tweet your guess to me @v82chris and include the hashtag #CillitBang to be entered. You may guess more than once, that's ok. One lucky winner will be drawn at random (it's not 1st to guess) on June 12th after the answer has been revealed and the adverts have been seen by all. Last entries to be accepted will be on Monday June 10th - no entries will be counted after that date. Open to the UK only.
Posted by Christine Taylor at 02:58