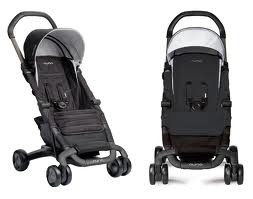 Back in February 2012 I did a Nuna PEPP Unboxing to introduce the world to my new Nuna PEPP. It's been almost a year now since I started using it and I've had several email requests for an update post on how I'm getting on so here goes. The Nuna PEPP is a very sold framed pushchair with a great upright positioned seat. It's so smooth too push and a real delight overall. It's my favourite of all the pushchairs I've ever owned. I will show you why below, I'm going to put the good points and bad points into a list just too make them easier to read.

The Good Points:
The Not So Good Points:
Overall all I LOVE the Nuna PEPP pushchair. It's great looking, smooth rolling, compact folding and long lasting. All the things I would look for in a toddler pushchair. I hope this helps. If you have any more questions please don't hesitate to ask, I'm always happy to help if I can.

Posted by Christine Taylor at 01:24