Children Say The Silliest Of Things!

Children Say The Silliest Of Things! 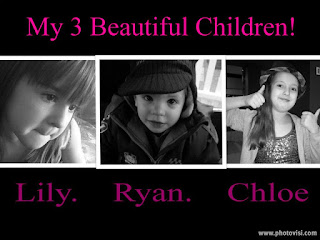 These ^^^ are my three beautiful children, Chloe (10) Lily (5) and Ryan (2). They're each very different and all very special in their own way but sometimes they do say the silliest of things.

Just the other week whilst I was cooking dinner Lily came into the kitchen and saw me peeling the potatoes and walked out again. I continues to chop those potatoes and then put them into our Actifry to make chips. As I served Lily her dinner she kind of looked up at me strangely and then said "Mummy I though we were having potatoes for dinner?" "Yes we have" I replied. "But these are chips Mummy!" I couldn't help but laugh as I tried to explain that indeed they were chips but chips were made from potatoes. She's so silly.

My eldest child Chloe is quite sensible and grown up for age so she doesn't really talk to much at all but my middle child Lily is such a silly sausage. We could be watching TV when a new toy advert would come on. She's beam with excitement shouting " Can I have that Mummy?" quickly followed by "What is it?" Oh dear, she's a right one my Lily is. She does make me smile. I'm hoping these silly things she says are just a phase that eventually she will grow out of or god help the man who has to put up with her one day. She'l be hard work lol.

My youngest child Ryan is such a sweetie, he's the caring, cuddly one (for now) he doesn't yet say silly things but he tends to do silly things instead. Like blowing raspberries at us when he's angry instead of saying what he wants too. He often walks around with his potty on his head singing random songs, thankfully the potty is always empty or that could be messy. He falls asleep with lollipops in his mouth and jumps around like a little kangaroo. He's a HUGE Peppa Pig fan and thinks it's now normal to call me "Mummy Pig" My mum thought it was hilarious the other day until he called her "Granny Pig" now that was funny. I think we will have to cut down on watching Peppa Pig so much for a while. I'm not sure I like being called Mummy Pig.

My three often do or say some very silly things but I guess it's those little things which brighten up my days and make me smile with joy. I wouldn't change any of them for the world.

What silly things do your little ones say or do?
Posted by Christine Taylor at 06:03