Is 2 Too Young For Pre-School?

Is 2 Too Young For Pre-School? 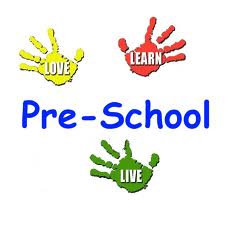 Today I took my youngest child Ryan along to our local Pre-School to sign him up ready for when he turned 2 and a half which is the age my daughter Lily was when she went. Ryan's little face lit up when we arrived, he was so excited and really wanted to get out of his pram to have a play. Ryan turned two back in July so I was there today just to register him and put his name down on their list ready for when he'd turn two and a half in January. The lovely lady in charge ran through everything I needed to know and said she'd be in touch within the next two weeks to let me know when Ryan can start. The Pre-School has changed slightly since Lily was there, they're now open 4 days a week instead of three and for 3 hours a day instead of two. The biggest change was they now take children from age two and  NOT two and a half. I walked away in total shock, my little boy is so small and I'm really not sure if he's ready to go just yet. Or maybe It's me who's just not ready to let him go yet. Either way, my mind is totally freaking out! 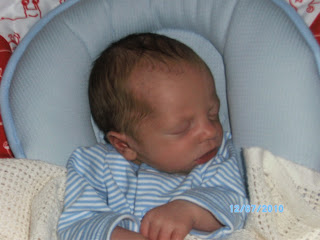 I do admit I have wrapped Ryan up in cotton wool and proper smothered him since he was born. Maybe because he's my last baby or because he's my little boy. He's just two years old, he's not potty trained yet and he doesn't speak whole sentences. Am I being stupid?
I realise from Ryan's point of view he will probably have a fantastic time, he will get to play with lots of other little kids his own age and will have so much fun joining in the games and doing the activities they have out. Maybe being around other children might help his speech and seeing other children using potties might make him want to too. My head is full of reasons for and against letting him go so young, I was all for letting him go in January when he'd be two and a half so will an extra three months really be that bad? Maybe not but I guess there's only one way to find out. I think I'm going to take Ryan along when he can start up and just see how he gets on. I'm sure he will be fine and it's just me being an over protective mummy as usual but if there are any problems, we can work through them. My little boy just isn't so little any more and maybe it's time I realised that. I think it's Mummy who needs to stop being silly because Ryan really is ready to take on the world - well Pre-School at least. 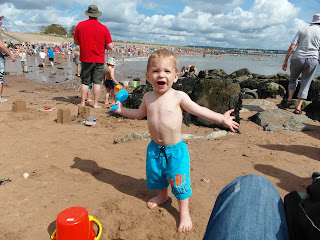 Posted by Christine Taylor at 06:23

Email ThisBlogThis!Share to TwitterShare to FacebookShare to Pinterest
Labels: growing up, my baby, pre-school