On July 26TH 2012, the Samsung Mob!lers attended the last Olympic Torch Festival at London's Hyde Park, what an AMAZING event it was too! This was our fifth and final Torch Festival which marks a very sad end to our Samsung Summer activities but also  marked the start of something great. The London Olympics 2012 were about to begin! 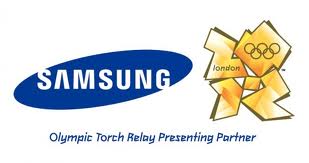 We began our morning visiting some of the sites that London had to offer, always a high point of our visits. By mid afternoon we were getting hyped up and ready to go but there was one last thing we wanted to see and that was the Olympic Flame being passed out on the streets. We joined the crowds lining the roads and waited eagerly as the time passed. The crowds were so full of fun and life, children waving flags and families celebrating in true British style. 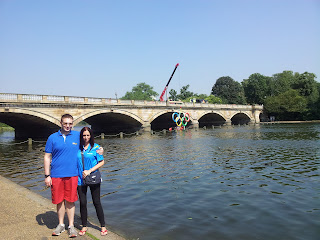 The moment arrived and the flame arrived being carried by some very famous Torch Bearers. Jennifer Saunders and Joanna Lumley from Absolutely Fabulous!!! They were AWESOME, I really couldn't believe my eyes. I LOVE that show so much and was so pleased when these pair just strolled past. The crowds went wild with delight and who could blame them! 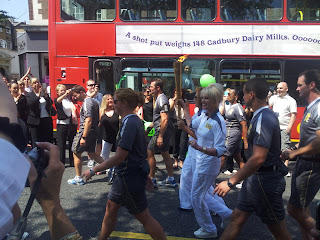 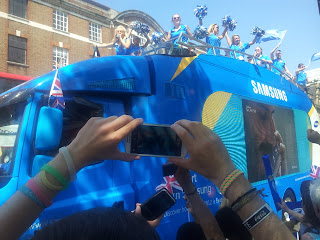 After all the excitement of seeing the Olympic Torch passing by it was soon time to head to Hyde Park for our last ever Torch Festival. The Hyde Park line up was set to be a BIG show so as you can imagine we were all very excited by now. The crowds filled Hyde Park with cheers, flags and emotions. It was an amazing site to see everyone all coming together to celebrate this fabulous occasion. The London 2012 Olympics had united everyone in Pride and Hope! 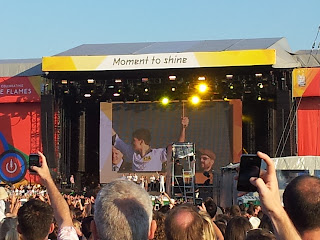 The final Cauldron was lit with an emotional speech from one of Coca Cola's Future Flames and the crowds went wild. The Party continued late until the night. Men, women and children alike enjoyed the live music and simply enjoyed the celebrations. 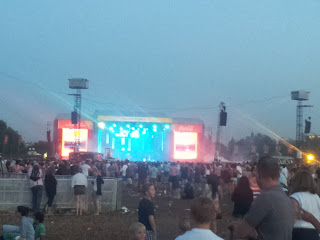 My highlight of the London 2012 Olympic Torch relay had to be the moment I got my hands on a real Olympic Torch!!! I was in heaven, I was so proud to be British and got all emotional just holding it. I almost didn't want to give it back but the security guard insisted. Here's ME in my Samsung Mobilers uniform with the Olympic Torch: 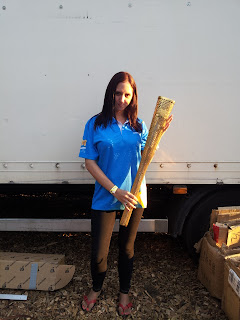 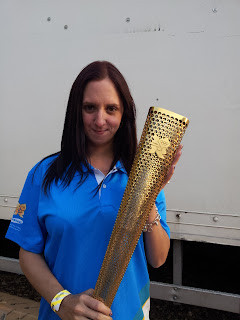 This summer has been amazing and I owe it all to Samsung. I LOVE being a Mob!ler and am so proud to have been a part of the Mol!lers Olympic Torch Relay!
Posted by Christine Taylor at 11:05