The Samsung Galaxy SIII
Designed for humans - Inspired by nature 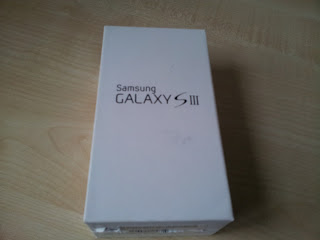 Ok so let's check out what's in the box, I have the Marble White version of the Samsung Galaxy SIII which is lovely. You might be holding out for a Pebble Blue version which is gorgeous too but not as sexy as the White. I had the Galaxy SII in white so this is a good progression step for me. 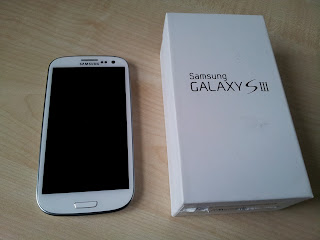 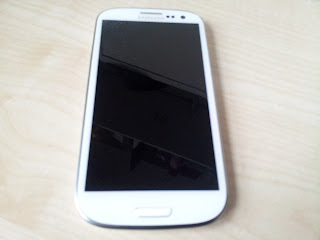 The Samsung Galaxy SIII runs on Android 4.0 (Ice Cream Sandwich) and boasts a fantastic 4.8"
HD super Amoled screen. On first impressions I LOVE the feel and design of this phone, It's so smooth. Just so nice to stroke, that might sound a little weird but if you've held one, you'll know exactly what I mean. The GSIII has a 2100mAh Battery and a super fast Quad Core Application Processor - which makes internet browsing, game playing and pretty much every action you do on your new phone just super fast. Let's see the size closer up: 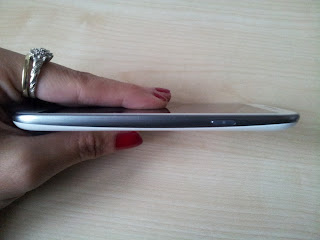 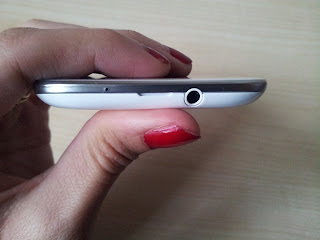 The Samsung Galaxy SIII is only 8.6 mm's thin and feels so lightweight, weighing in at just  133grams. It's 70.6mm wide and 136.6mm's tall. It's a pretty awesome size. The phone itself isn't actually much bigger than the previous Galaxy SII but the screen itself it a lot bigger, clever stuff. I'll show you what I mean which a quick comparison shot. 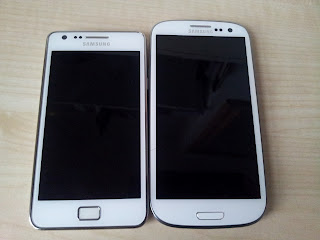 The Galaxy SII is shown on the left whilst the new Galaxy SIII is on the right. The SIII is so much nicer to look at with it's rounded edges and smaller home screen button. What do you think?
The Galaxy SIII has a fantastic camera with super fast opening speeds of less than a second so no more missing those important shots you want to take. The rear camera is an 8MP camera while the front is a 1.9MP. The camera does some pretty amazing stuff on the SIII though like the Smart Stay feature which allows your phone to monitor your eye movements and keep the phone on whilst you are looking at it, no more going dim whilst you are reading or playing a game any more. Just pure, Galaxy SIII enjoyment. The Camera now has a Best Shot feature where 8 shots are taken in a row and then you are shown the best photo to use, how cool is that. You can also take lots of other great photo's using some of the other wonderful features but I will talk more about them a little later on.
The Samsung Galaxy SIII comes in 16 / 32 / 64GB Memory - I have the 16 GB version.
I've made a chart to show you all the specifications in one place, it might make it easier for any comparisons you want to make or see:
I think that pretty much covers the basics of the Samsung Galaxy SIII for now. I can tell you it's a pretty awesome device! It has so many amazing features and lots of cool accessories but I will be talking about them at a later date. The Samsung Galaxy SIII has got to be top of the Phone wanted list right now, I know I would be on it if I didn't have mine already ;)
So what do you think? Do you think the Galaxy SIII sounds like the perfect phone for you??
If you have any questions about the GSIII please do ask, I'll be happy to help.
Posted by Christine Taylor at 02:10