Bandai has a new ranges of toys for 2012

Re-create iconic scenes from the ThunderCats show with these DX figures.
Comes with accessory and figure action!
Out Now RRP: £8.00
A Great little figure with so many moveable joints! Much better than they used to be when I was little. Our action figures back then never moved like these. I was amazed at some of the positions this little man could do. He's a great little toy and really knows how to move. My son Ryan had great fun running around with him. I did have to take away the small parts as he was a little young for them but overall this is an enjoyable little action figure. 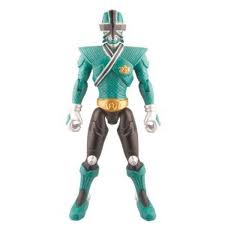 Power Rangers
Green Mega Ranger
10cm Action Figure
Unite in the fight against the sinister forces of the Netherworld with Power Rangers 10cm figure collection.
Each comes with a samurai sword and an individual power weapon to battle evil.
Out Now RRP: £7.00

Again another great little action figure. Wonderful colours, great flexibility and an all round enjoyable toy. My little man loved playing with these two action figures, it's been Power Rangers Vs Thunder Cats in my house over the past few weeks. Ryan's had a lot of fun! These action figures are so much better than ours used to be. The joints move on 360' balls which make their movements almost limitless. It's great for playing because you really can make them do anything that you like.
Bandai Toys have lots of other great figures and play sets now available. Why not pop over and check them out for yourself.

Posted by Christine Taylor at 14:57