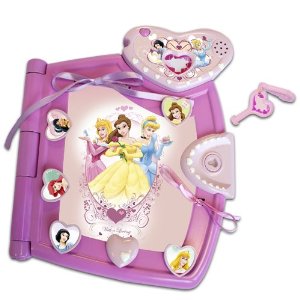 This is the Disney Princess Magical Secret Book by Inspiration Works﻿.  It's bright pink and covered in Disney Princesses. My little girl loves it. She's a huge fan of everything pink, bless her. Lily is only 4 but loves tho draw and write. This is perfect for her. It's a hard cased diary type toy consisting of an activity book with a "Magic" Invisible ink pen and a Magic light. Its a very cute idea. I've seen this sort of toy before but they're normally aimed at much older children. It's nice to see a more basic one aimed at the younger ones. 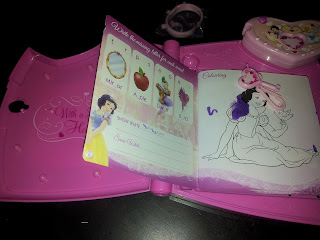 Lily's not an expert at colouring yet so this invisible pen idea is great. She colours in her pictures and then half an hour later the ink is gone. Well until you shine your Magic light over it and then you can see it all over again. The book has lots of great Disney pictures to colour in and lots of fun puzzles and activities too. 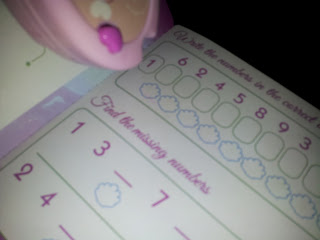 There's even activities that them with their learning. The number activities were fun but also very educational. Lily quite enjoyed doing them, I don't think she even realised she was learning at the same time as playing. 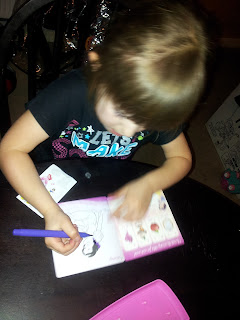 Lily's favourite part of this toy was the bracelet that came with it. There is also a selection of little charms that are attached to the front of the diary but can be moved and added to her bracelet. She really loves it and I think it was a nice added touch. 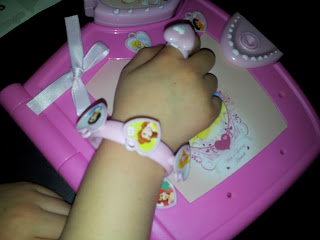 Overall Lily and I gave the " Disney Princess Magical Secret Book " a well deserved 5 out of 5. It's a nice little toy that not only looks good but helps your child learn as well as play. I'm sure any little girl would love one of these. Lily enjoys playing with hers and think she will for a while to come. She's even started hiding her own little drawings in her secret diary now too. ﻿
Posted by Christine Taylor at 12:12