Samsung Mission - Where do you think Samsung mobile devices will be in 5/10/15 years time?

Where do you think Samsung mobile devices will be in 5/10/15 years time?

Wow this is such a good question. I have so many ideas or dreams of where Samsung Mobile devices will be in 10 years time. Just a few years back phones were all about their size, how small they were. We all remember the Nokia 8210's when everyone thought they were the best ever cus they were so small and tiny. It's mad how far we've come! Just look at the best phones available now - The Samsung GS2 is one of the most popular phones ever! It's known for its speed, it's large screen and its total power. It's almost set the way for the future of mobiles.
Obviously you all know I'm already a HUGE fan of Android and Samsung. I'd be crazy not to be! In 10 years time I can see Samsung Devices taking over the technology world! 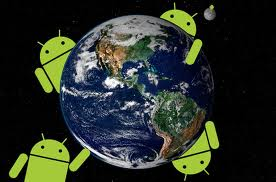 Samsung has so many tricks up their sleeves already. We have some fantastic phones already being talked about here in the UK. Just take a look at a few examples:

The Samsung Galaxy Note has an Amazing 1.4 GHz Dual core processor. HUGE 5.4" Screen and Fantastic new stylus called the S-Pen. It's the newest creation from Samsung - Their 1st ever Phone - Tablet in one production. It's Awesome! 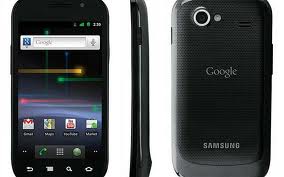 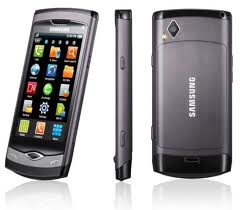 The Wave 3!
With such fantastic creations already lined up, who knows what we will be using in 10 years time. I used my new Note to draw a little sketch of a few things that will have changed I'm sure. 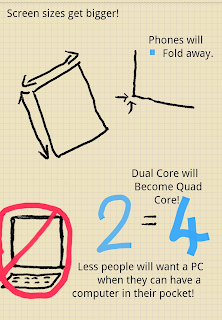 Phones and Tablets will obviously increase in memory,power and speed. I guess that comes with natural progression. I can see fold able Tabs and mini computers built into phone handsets. People won't need PCs or Laptops when they can have their very own, customised PC in their pocket or handbag.
I asked for a few opinions from my friends over on my Face book page, I had some very interesting answers. One suggestion was Holographic phones, I'm not quite sure about that but who knows! A lot of people agreed that the sales of Laptops and PCs will fall as the usage of Tabs rise.
I'm not sure how fab they can push the size of phone screens but I'm sure it will be fun finding out.

Where do you think Samsung mobile devices will be in 5/10/15 years time?
Posted by Christine Taylor at 07:04