Who'd have though that supermarket brands would have outperformed its expensive rivals! 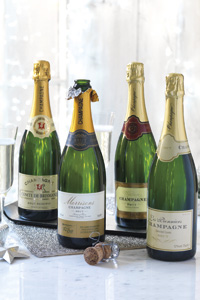 Sparkling success:
All four of the champagnes awarded the Which? Best Buy cost under £20 and were ranked above well known labels Lanson, Moët & Chandon and Veuve Clicquot. Even the lowest scorer of the 11 champagnes on test, Aldi’s Veuve Monsigny Premier Cru (£15.99) scored a respectable 70%.
I received a gorgeous bottle of Cremant Du Jura Sparkling Chardonnay to sample and I must admit it went down very nicely. In fact almost too nicely as I drank the whole bottle all by myself - oops. You'll be glad to know it wasn't all in one night though, I did enjoy just one glass at a time. It was really nice and very moreish. I'd definitely buy this one again. I find that most cheaper cava's can be very dry tasting but I was pleasantly surprised with this. It was lovely and for such a cheap price of just £6.99 a bottle. It's an amazing bargain. Definitely one to add to your Christmas shopping list. I know it's now on mine! 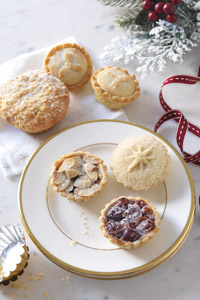 Which? had an expert panel which blind tasted 29 pies on the day. Twelve were traditional style luxury mince pies, 17 were the different pies in the 11 packs of non-traditional pies and one was a homemade pie supplied by Patrick Moore. Aldi were amongst the top 12 scoring again for their delicious yet respectably priced Specially Selected Mince Pies.  They cost just £1.69 for a box of 6 which is great family value.I'm not a huge fan of mince pies but my mum loves them. When I was sent a box of these to sample last week I took them over to her to enjoy with a nice cup of tea. She's a bit of an expert at cake and pie tasting as she makes a lot her self this time of year. She gave Aldi's mince pies a great thumbs up. She loved the delicious filling and really enjoyed these little pastry pies. She said they were almost as good as her own lol
Here at Mummy Of 3 Diaries we really couldn't recommend Aldi enough, The prices are low and the quality is great. So whatever you're looking for this Christmas, why not try Aldi.
Posted by Christine Taylor at 12:42