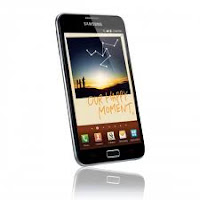 VS
*Please note these pictures are not to a true scale.
There are two new and Exciting phones for the market, what do you think of them? Which is your favourite? Or are you unsure and need a bit more information about them?
I’ve done some research and here’s what I found out about the Specs:

From this easy to read table that i made it's quite clear to see the main features and good points of each but this doesn't show some of the extra features that both phones have so lets look a little bitter closer.
The Samsung Galaxy Note - 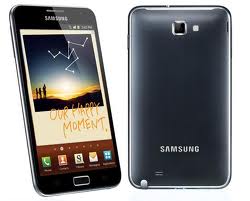 The Samsung Galaxy Note has a huge 5.3-inch HD Super AMOLED handset which comes complete with a stylus called the S Pen which is it's pressure sensitive so you can write on the screen as well as launch apps, take photos and lots more. It sounds like a useful tool to me.
The Galaxy Note comes running Android 2.3 Gingerbread and has a fantastic 8MP camera with LED flash on the rear and a 2MP one up front. The Note can record Full 1080p HD video as well as its fast and responsive picture taking.
So even though it may seem like a really large phone to have it is supper thin to try and balance out the weight. It's like Samsung's cross over Gadget between their Fab Tabs and great touch screen phones. I think it looks pretty fab and wouldn't mind getting my hands on one of these myself.
The Apple IPhone 4S - 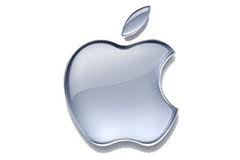 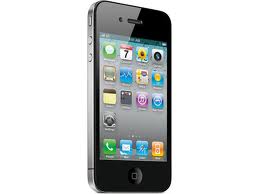 The Apple IPhone 4S has a Dual-core A5 chip which they say is the most powerful IPhone Processor ever. The two cores in the A5 chip can deliver up to two times more power and up to seven times faster graphics making life a little easier on their phones.
The IPhone 4S also offers full 1080p HD video recording which balances out what the Galaxy Note is offering. But the IPhone 4S doesn't have a Flash which may cause problems in the evenings.
The IPhone 4S is slightly thinner and lighted but remember its also a lot small in size.
Which one would i choose?
After looking at both the Samsung Galaxy Note and the Apple IPhone 4S in great detail I'm going to have to say for me it's definitely gotta be the Note! I love the look of both phones but I'm afraid the size does it for me! A larger screen would make life so much easier for me, bigger keys, bigger pictures and easier viewing. This is just my personal opinion though and I'm sure many of you out there may agree or disagree with my choice.
I've out all the facts into the table so you can have a look and make your own mind up.
Hope you learnt something new, like i did.

Posted by Christine Taylor at 05:16