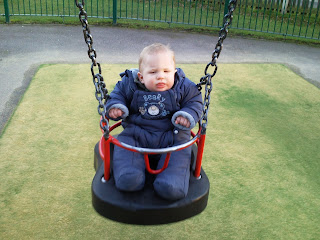 ﻿Ryan's 1st time on a swing.
This was taken just a few weeks ago,he was around 8 months old and he was a Little scared at first but he loves the swing now.
That's my boy! 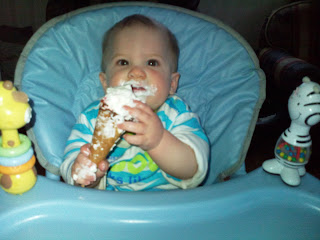 Ryan's 1st Ice Cream cone.
I gave him his very first ice cream cone last week.He loves ice cream as he's had it loads of time but this was his first time having it in a cone,i don't think he quite understood what he was supposed to do with it bless him.
He had more fun messing with it than actually eating it.lol 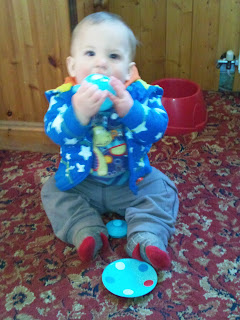